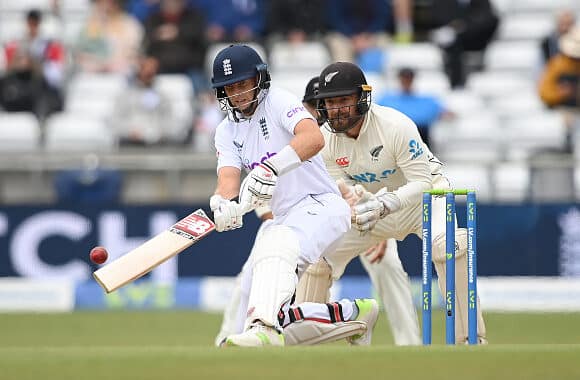 England has beaten New Zealand by seven wickets in the third and final test at Headingley.

The victory secured a 3-0 series victory for England.

England reach the competitive victory target of 296 with only 3 wickets down. The result they was their first clean sweep of a home series in over a decade.

The last time England swept a home series was a 4-0 success over India in 2011.

It was the third successive test in which England reached a big target with aggressive batting . They won the first test at Lords as they chased down 277 runs while in the second test at Nottingham reached 299-5 in their second innings with Bairstow scoring 136.

New Zealand now prepare for limited overs matches against Ireland, Scotland and the Netherlands, although a number of the players are returning home. 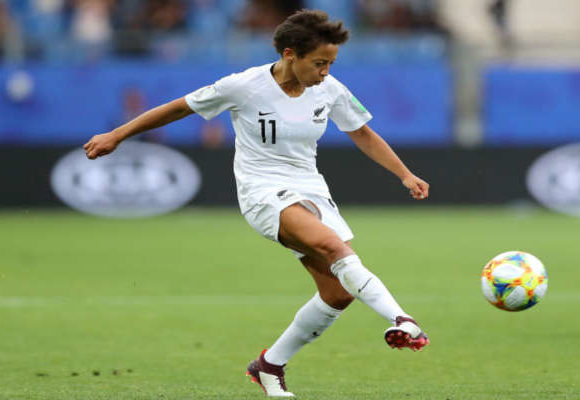 The Football Ferns have lost 2-0 to Norway in Ullevaal.

Norway Dominated the game early on and it didn’t take long for them to go 1-0 up due to a goal from Ada Hegerberg.

The victory was sealed for Norway when Guro Bergsvand scored in stoppage time. 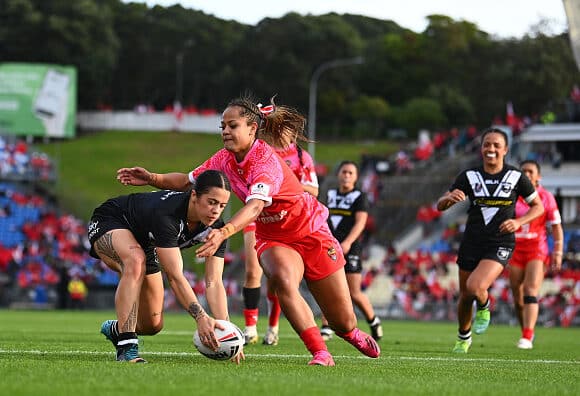 Both the men’s and women’s New Zealand rugby league sides have had wins against Tonga over the weekend. Both games were played at Mt Smart Stadium.

The Kiwi men side beaten Mate Ma’a Tonga 26-6. The Kiwis scored in the 4th minute which set the tone for the match. By halftime the lead was 20-6. An improved second half from Tonga saw the Kiwi’s only score once more.

The Kiwi Ferns were more dominate then their male counterparts, beating Mate Ma’a Tonga 50-12 in the women’s rugby league clash.

The crowd of 18,364 was the biggest ever for a women’s rugby league match.

New Zealand scored seven first-half tries and three in the second half. 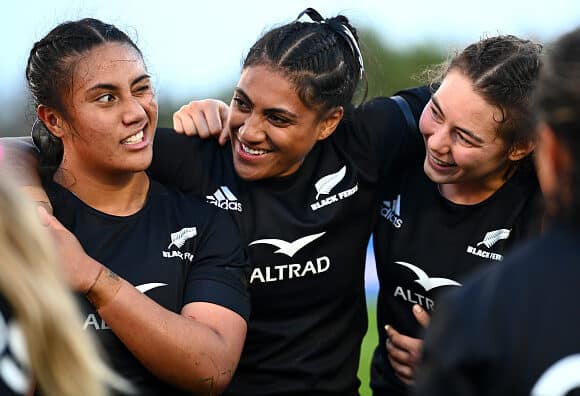 The Black Ferns have beaten the USA 50-6 in their final Pacific Four match in Whangārei.

The star of the day was Black Ferns winger Ayesha Leti-I’iga who scored a hat-trick of tries.

The Black Ferns took a 29-6 lead into the half-time break.

The victory means the Black Ferns win three from three in the Pacific Four series.

Canada defeated the Wallaroos 22-10 in the earlier match. 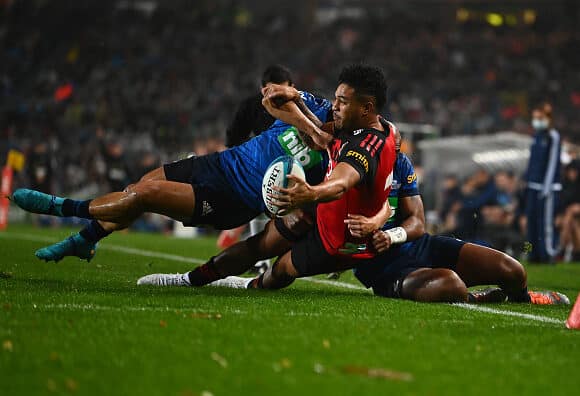 The Crusaders have won the 2022 Super Rugby Pacific Championship, beating the Blues 21-7 at Eden Park.

They dominated the 2022 final, using their experience and big game knowledge to overcome the Blues with ease.

Bryn Hall scored the first try of the night, right on half time to give the Crusaders a 13-0 lead over the Blues going into the break.

A try from Finlay Christie cut the lead to 16-7 midway through the 2nd half. However, a late try from Sevu Reece secured the win for the Crusaders.

The win is the Crusaders 11th Super Rugby title, and ends the Blues winning streak of 15 matches. 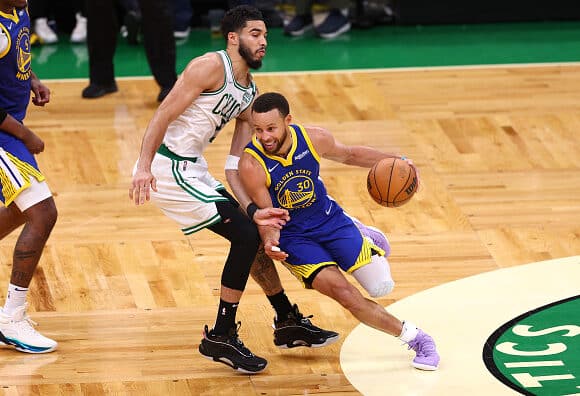 The Golden State Warriors have beaten the Celtics 4-2 to win the NBA Finals for 2022.

The Warriors beat the Celtics 103-90 in game six of the Finals in Boston on Friday to win the 7 game series 4-2.

The result means that the Warriors have now won the NBA four times over the last eight seasons. Queensland has beaten New South Wales 16-10 at Sydney in the State of Origin opener.

New South Wales has won three of the last four series, with Queensland’s last victory in 2020. 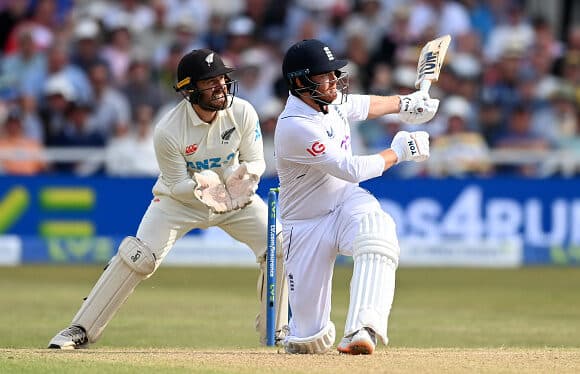 New Zealand have been beaten by England in the second cricket test at Trent Bridge.

England batter Jonny Bairstow has hit a match-winning 136 from 92 balls to ensure England chaed down the 299 needed for the win.

Earlier int he final day New Zealand were bowled out for 284. This set England a target of 299 to win — the highest ever to claim a test victory at Trent Bridge.

England were 139 for four at tea, having lost leading batter Joe Root for three, with the game in the balance.

But then Bairstow and skipper Ben Stokes ripped the New Zealand attack apart in devastating fashion, hammering 102 in the first nine overs after the interval.

The only real bright spot for New Zealand in the final day was Trent Boult. His 17 runs means he is now the highest scoring number 11 in test history.

The third and final test of the series will take place at Headingly next thursday. 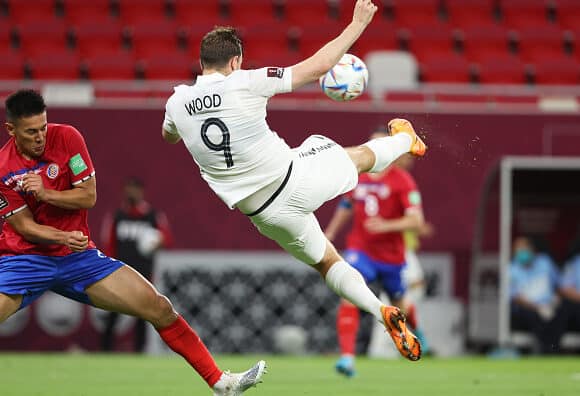 All Whites out of World Cup

The victory means that Costa Rica will be at the World Cup later this year, along with $16.5 million dollars in prize money.

The Central Americans scored early, taking a 1-0 lead in just the third minute through a scrappy break away goal from Joel Campbell.

The All Whites responded well and thought they’d scored an equaliser through striker Chris Wood late in the first half, only for the goal to be ruled out by the video assistant referee.

All Whites player Kosta Barbarouses was given a red card in the 67th minute for a lunging tackle, further hampering New Zealand’s chances of levelling the score.

The All Whites had a couple more shots on goal in the second half but couldn’t find the back of the net.

Costa Rica are the 32nd and final team to qualify for the 2022 World Cup, and will join Group E with Germany, Japan and Spain. Toyota has won the 24 Hours of Le Mans for the fifth year in a row with New Zealand driver, Brendon Hartley, taking the chequered flag to become a three-time champion.

Hartley won Le Mans in 2017 with Porsche and in 2020 with Toyota when he took the place of Spain’s two times Formula One world champion and double Le Mans winner Fernando Alonso.