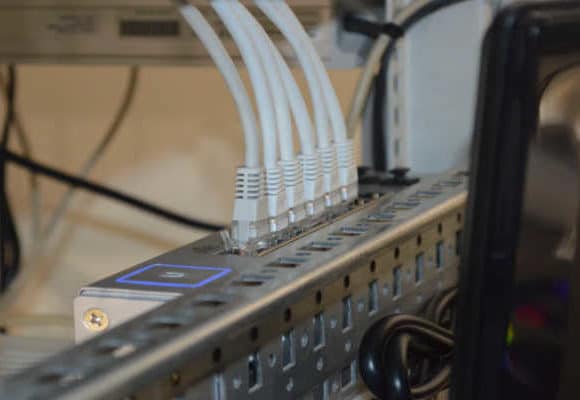 Want faster internet? Then Australia is the place to go because they have just broken the record for the fastest internet.

Researchers based out of Australia’s Monash, Swinburne, and RMIT universities have set a new internet download speed of 44.2 Tbps.

In theory that is enough speed to download the contents of more than 50 100GB Ultra HD Blu-ray discs in a single second.

The new record was set over 75km of standard optical fibre using a single integrated chip source. This means this technology could be used on existing internet lines.

The record speed was achieved, thanks to a piece of technology called a micro-comb. This is a new technology which provides a more efficient and compact way to transmit data.

Now, the researchers say the challenge is to turn the technology into something that can be used with existing infrastructure.

However, don’t hold your Fortnite breathe for quicker speeds. The experts said this kind of connection would only service community internet exchange hubs. 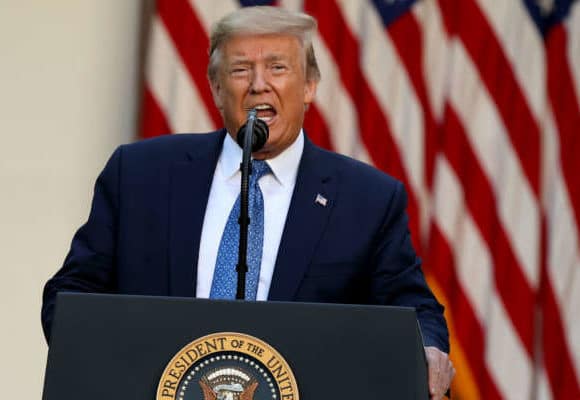 Trump takes US out of World Health Organisation

President Donald Trump has announced that the United States of America is removing itself from the World Health Organisation (WHO).

He said he is doing this because the WHO has failed to deal with the coronavirus pandemic and it has become biased towards China.

Earlier this month President Trump froze all U.S. funding to the WHO.

Trump has accused China of not passing on truthful information about COVID-19. 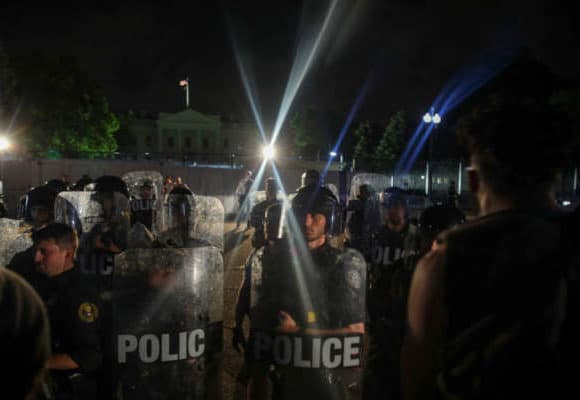 White House under lockdown due to US riots

The White House was put under lockdown over the weekend as a safety precaution due to the US riots.

The United States is now into its fifth night of protests with thousands of people demonstrating on streets across the country.

People have been protesting following the death of a man named George Floyd. He was treated with unnecessary violence by police before he died.

A man has been arrested and charged with the murder of George Floyd’s death.

Protests first began in Minneapolis where Floyd died. However, they have now spread to other parts of the country.

This is not the first time that the police in the US have been accused of being racially biased or using unnecessary force against black suspects.

The Black Lives Matter movement began back in 2013. It came after a man called George Zimmerman was cleared of murder charges after he shot an African-American teenager called Trayvon Martin.

Angry protests broke out across the US with many people accusing the police of treating black people unfairly.

Those protests have been sparked again after the death of George Floyd.

In New Zealand, a number of peaceful protests took place yesterday. The biggest of these was in Aotea Square in Auckland. An estimated 4000 people took part. 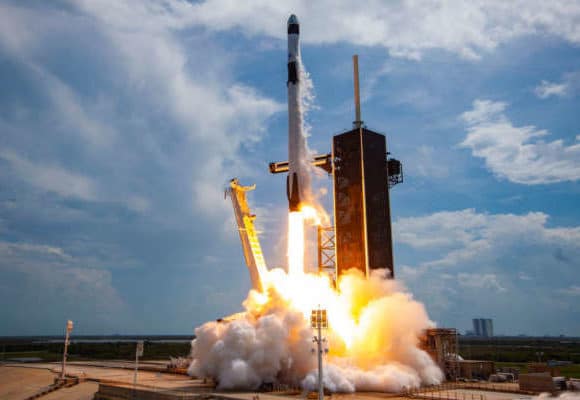 SpaceX has created history over the weekend by carrying two NASA astronauts to the International Space Station (ISS).

It marks the first time that NASA astronauts have been sent to space on a rocket owned by the privately-owned company, SpaceX.

The mission was launched from the Kennedy Space Centre in Florida on Saturday. Later that same day the ship docked at the International Space Station.

The mission is important for future exploration, like the upcoming Artemis mission, which aims to put the first woman and next man on the Moon by 2024.

Moving forward Nasa will use SpaceX as a ‘taxi’ service to send people into space, rather than using their own rockets.

Below is an image of the dragon capsule used to dock with the International Space Station. 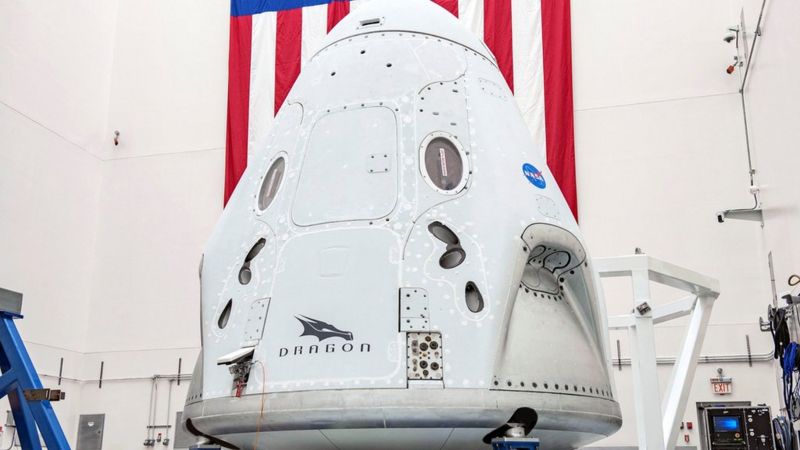 Originally the mission had been planned to take place on Wednesday 27 May, but bad weather meant the launch had to be rescheduled for Saturday.

The launch of the space rocket was impressive. Astronauts Doug Hurley and Robert Behken were blasted off into space at 27,000kmph – 22 times the speed of sound.

After the initial take off, the rockets used to push the spacecraft landed safely back to earth. Check out the video below.

SpaceX is a private space company owned by billionaire Elon Musk. He wants to make space travel cheaper and one day wants to run space tourism trips into orbit and the Moon.

Elon Musk is an inventor who owns the company Tesla as well as SpaceX. He made a lot of money by selling the online payment service PayPal to eBay.

Robert Behnken and Douglas Hurley are two of Nasa’s most experienced astronauts.

They have both been to space twice before, and are both married to other astronauts!

Robert and Douglas are also wearing some pretty cool new spacesuits which were custom designed by Jose Fernandez, a costume designer who worked on the Batman, X-Men and Thor movies. A rare white bear has been seen in Canada.

The rear bear was seen by Cara Clarkson in the Canadian Rocky Mountains. She had been driving down a remote highway when a figure glimpsed against the dark evergreen forest left them in disbelief.

The family briefly pulled over to watch the bear and its sibling, which had darker fur.

“We were like, ‘holy smokes!’ We knew we were so lucky because white grizzly bears are unheard of,” said Clarkson told local media.

Grizzly bears normally range in colouration from dark brown to blond, but a white bear is incredibly rare.

Experts say the colouring is the result of a recessive gene in the cub – not albinism.

Local wildlife officials have known about the white grizzly since 2017, but this marks the first time the public has caught a glimpse of the ghostly predator. Eid al-Fitr celebrated around the world

Muslims across the world have celebrated Eid al-Fitr this weekend.

The festival marks the end of Ramadan, a holy month where Muslims won’t eat or drink between dawn and sunset. This practice is known as fasting.

Things have been a little different this year due to the coronavirus lockdown.

Traditionally, the festival is marked with prayers in mosques and visits to friends and family.

But with the the social distancing rules in place this couldn’t be done.

Families still celebrated at home and found ways to enjoy the festival together. Cyclone Amphan has devastated large parts of Bangladesh and India.

The storm hit eastern India and Bangladesh and brought winds of more than 165 kilometres an hour.

Experts say it is one of the most powerful storms to hit the region for decades.

Millions of people were evacuated before the storm arrived, but coronavirus and social-distancing measures made mass evacuations difficult.

The Indian city of Kolkata has been badly affected. Around 14 million people have been left without electricity.

Where did this happen?

The Bay of Bengal is the north-eastern part of the Indian Ocean, surrounded by India, Bangladesh, Myanmar, as well as smaller groups of islands.

It is the largest bay in the world, with 500 million people living on the coastal rim that surrounds it.

It is also the site of the majority of the biggest tropical cyclones in world history. 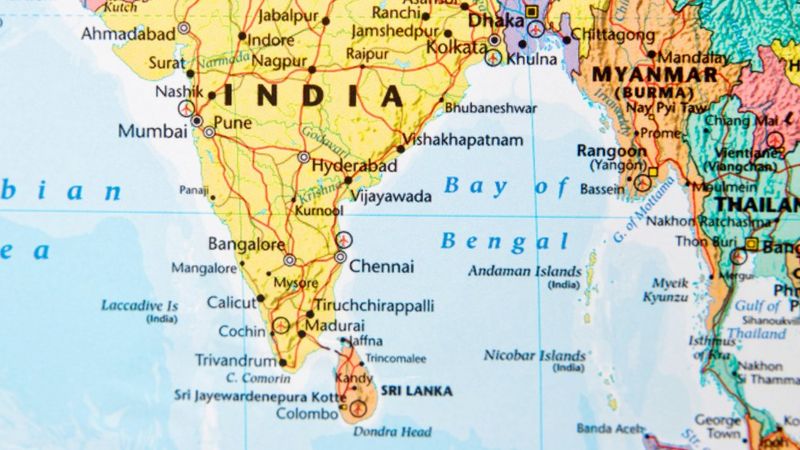 India and Bangladesh have asked for schools and other buildings to be turned into temporary shelters – they need more space than usual in order to house people while maintaining social distancing. Arguably one of the worlds most well-known games, the little yellow circle has been a family favourite long before Fortnite came along.

Pac-man was first launched on May 22 1980, and a lifetime of maze-crazed dot-eating missions began.

Facts about Pac Man
The ghosts have names – Blinky, Pinky, Inky and Clyde. In addition to their names, they all have their own personalities.
The person who designed and developed Pac-Man, Toru Iwatani had no formal training when he created Pac man.
The maximum high score for Pac-Man is 3333360 points!
This score has been achieved by just 12 people… so far!
Pac-Man was designed to get more girls into gaming! 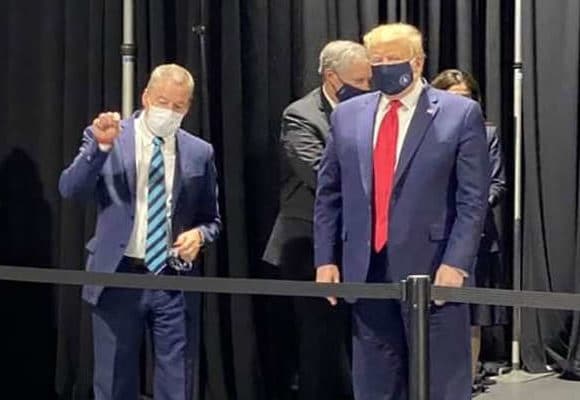 US President Donald Trump has finally worn a facemask in public.

However, he only wore the mask for a short time and didn’t wear it in front of the wider public or the media.

Trump said he did not want to ‘give press the pleasure’ of seeing him in face mask.

Many states in the United States require people to wear masks in public. It has also been recommended by the White House.

The US death toll on Saturday surpassed 98,000 and there are more than 1.5m confirmed cases of Covid-19 in the country. 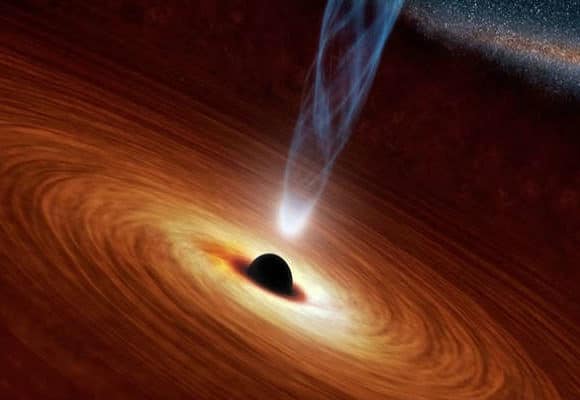 Astronomers have discovered what is thought to be the closest black hole to Earth.

The black hole was found by experts at the European Southern Observatory (ESO). It is only 1000 light-years from our planet.

That might sound very far away, but the closest black hole found until now is V616 Monocerotis or A0620-00. It is located about 3,500 light-years away.

What is a black hole?

Black holes are formed when a dying star collapses inward under the pressure of its own weight. This leads to something called a supernova, a star’s extremely powerful explosion.

Black holes are places in space where the pull of gravity is so strong that even light can’t escape it! This is what makes them invisible.


CHECK OUT THESE ARTICLES