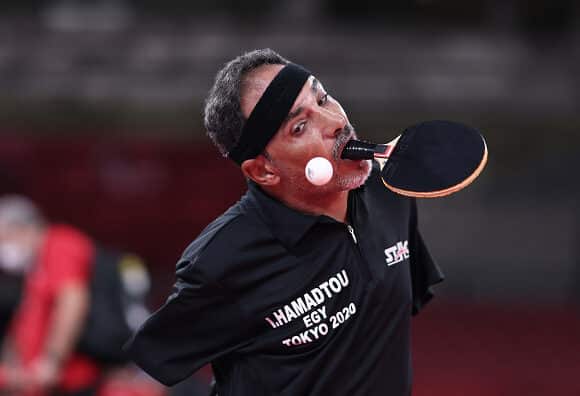 People worldwide have been stunned by the inspirational performances on the opening few days of the Tokyo Paralympics.

Egypt’s Ibrahim Hamadtou, who lost his arms in an accident aged 10, is one such person. He is competing in the men’s Class 6 table tennis tournament.

Hamadtou, 48, holds his bat in his mouth and does not wear a shoe on his right foot to enable him to use his toes to hold the ball and help gain spin when he serves.

Despite losing in straight sets, 11-6, 11-4, 11-9, on Wednesday, Hamadtou won thousands of new fans with his inspirational attitude.

His story and attitude are amazing. Below is a short documentary about his life and his disability. New Zealand para-swimmer Tupou Neiufi has won the gold medal in the 100m backstroke S8 category at the Tokyo Paralympics.

The 20-year-old from Auckland led throughout the race to win in a time of 1min 16.84sec.

Neiufi adds this gold medal to a silver she won in this event at Rio Paralympics in 2016 and also silver at the world champs in London two years ago.

Neiufi will compete again in the S8 50m freestyle on Wednesday at the Tokyo Aquatics Centre. 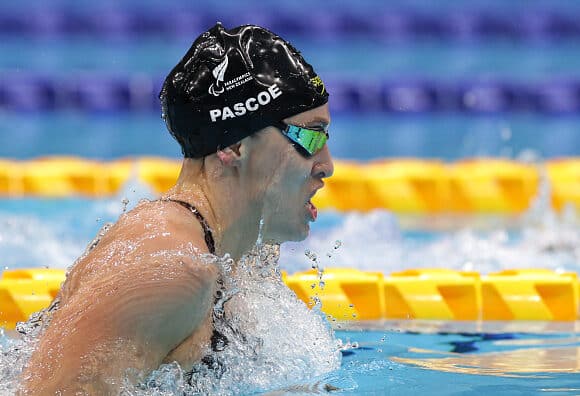 The swimming sensation won a silver medal in the 100 metre breaststroke SB8 classification.

Ireland’s Ellen Keane won the gold medal. In a thrilling race she managed to out-touch Pascoe by just .39 seconds. Adelina Razetdinova, from the Russian Paralympic Committee, finished 3rd with the bronze medal.

After the race Pascoe said she’s thrilled to have won what she describes as an unexpected silver medal. Pascoe only entered this race to warm up a little before her favoured events that are coming up in three days time.

She will compete in the 100m backstroke on Monday, 100m freestyle on Tuesday, 200m individual medley on Wednesday and finally the 100m butterfly on Thursday.

Pascoe came into the competition ranked third in the world.

Pascoe is New Zealand’s most decorated Paralympian and her silver medal was her 16th Paralympic medal – her seventh silver. 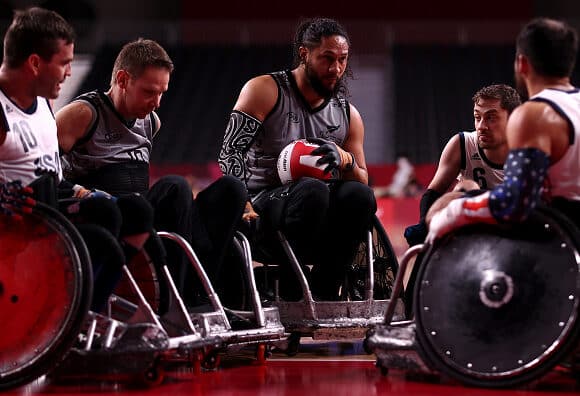 The Wheel Blacks’ have suffered a big first game loss to the United States at the Paralympics.

The Americans, who are three time Olympic winners, were too strong for New Zealand, eventually winning 63-35.

It was the Wheel Blacks first Paralympics outing since 2008 ion Beijing were they finished fifth.

All of New Zealand’s eight-players are making their Paralympic debuts in a sport where chair-on-chair collisions are common. In contrast only 3 of the American side were making their debuts.

Barney Koneferenisi was the Wheel Blacks best player. He was the games top scorer with 23 tries. 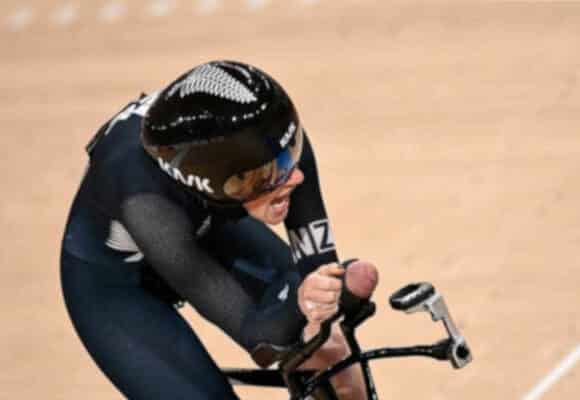 Murray qualified 4th fastest in the morning qualifying session with a time of 3:54.167.

She bettered that time in the final against Marie Patouillet but it wasnt enough to win the bronze medal. Ín the end she finished five seconds behind the Frenchwoman.

Murray is competing in her first Paralympic Games and will be back in action on Friday in the women’s C4-5 500m Time Trial.

Other Kiwis to ride on the first day of competition were Anna Taylor and Sarah Ellington. However, both of them missed out on medal races.

Anna Taylor was particularly unlucky. She set a new Paralympic record in the C4 3000m Individual Pursuit in qualifying, however, in the following race two riders went quicker than her so she only held the record for around 5 minutes. 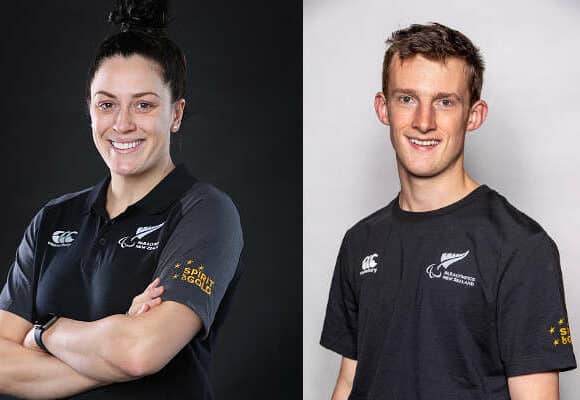 Sophie Pascoe and Will Stedman have been chosen as the Hāpai Kara of the New Zealand Paralympic Team.

The title of Hāpai Kara is significant.
A hāpai is a carrier or bearer, and comes from the whakataukī, ‘Te amorangi ki mua, te hāpai ō ki muri.’ Which basically means the priests in front, the bearers of provisions behind.
Kara can translate as a term of address to a friend.

The two have been given these titles because the New Zealand team will not be attending the Opening Ceremony and therefore there is no need for flag bearers.

The move to not attend the opening ceremony was made by the team, and the Chef de Mission Paula Tesoriero, to keep as safe as possible in light of growing Covid numbers in Tokyo.

Sophie Pascoe said that she was honoured and privileged to be named as Hāpai Kara.

“This is the first time that I have taken on a role such as this in the New Zealand Paralympic Team, and it is wonderful to have this opportunity here in Tokyo at my fourth Paralympic Games.

“When I was first asked I was a bit surprised as I had not been expecting it but also very excited. It is great to be able to represent New Zealand in this way.

The Paralympic Games start today with the Opening Ceremony planned for 11pm. 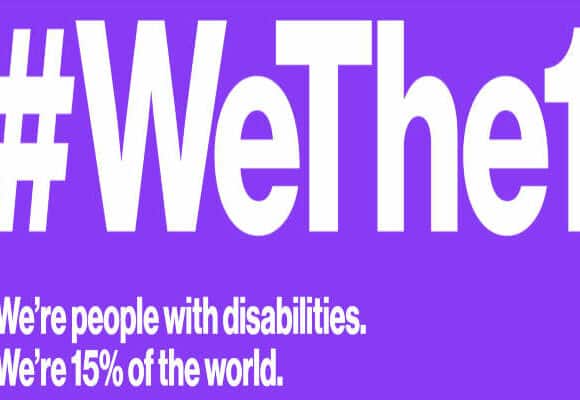 This week over 4000 athletes will arrive in Tokyo for the Paralympic Games.

As part of the Paralympics a new global campaign has been launched called ‘WeTheFifteen’. Its aim is to tackle discrimination against disabled people by making a more inclusive society.

To mark the launch of #wethe15 more than 85 international landmarks were lit up on Wednesday evening in the colour purple. This colour widely recognised by campaigners as representing the spending power of disabled people.

Landmarks included the Empire State Building in New York, the Coliseum in Rome, and the London Eye.

Meanwhile, online platforms such as Instagram and Snapchat showed their support with purple filters. Should the Tokyo 2020 Olympic Games have been held? Athletes from all over the globe came to Tokyo, Japan to compete in the Olympics and to represent and make their country proud.

Team USA had the most Olympians compete in the Games, with over 600 participants.

The New Zealand team weren’t the biggest of all, but we sure did stun the other countries with our many victories just for our small country of 5 million. Many New Zealanders had the privilege to have an Olympic medal around their neck and be able to call themselves an Olympian.

I believe that all of the athletes who were representing NZ did an awesome job. But, if I were to pick a certain athlete who did the best for our country, it would have to be Lisa Carrington. She won 3 gold medals at the Tokyo Olympics, and with this total she became New Zealand’s most successful Olympian with 6 medals in total.

My favourite sport to watch in the 2020 Olympics was Track Cycling. New Zealand’s track Cycling team was very successful and truly deserved to win. We won 2 silver in the Track Cycling, in which I believe is a great success. To think that we were up against the best countries, and to get 2 medals is something to be proud of.

Overall, the Tokyo 2020 Olympic games was New Zealand’s most successful Olympic games. To send 211 athletes over to Tokyo was awesome for a team of 5 million. We won 20 medals in total and came 13th on the medal table. All of the participants who took part in the Olympics from New Zealand made their country and family proud.

I loved watching the Olympics from NZ and to see a very muchly different Olympics. The 2020 Games will be something that I will remember. 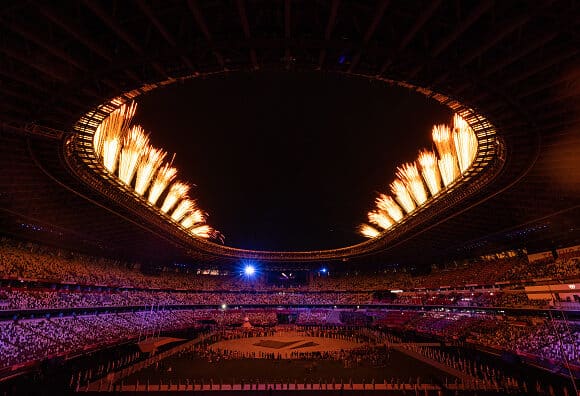 The Tokyo Olympics have ended with an upbeat ceremony in Japan’s capital.

Dame Valerie Adams was the New Zealand team’s flagbearer for the closing ceremony.

The stage looked sparse even as athletes marched in carrying their national flags. Many of the best-known athletes have already left Tokyo and were not able to attend the vent. Athletes were asked to fly home 48 hours after their final competition.

In all around 150 nations took part in the closing ceremony.

Tokyo 2020 president Seiko Hashimoto, who appeared at seven Games as a speed skater and then a track cyclist, told the athletes: “There are no words to describe what you have achieved.

Check out the ceremony in the video below.