It’s usually pretty awesome. You might have seen here on Kiwi Kids that Jacinda Arden’s Labour government has proposed to make a new public holiday in celebration of Matariki. But there is a whole lot more to this public
holiday than just a day off school.

The cluster of stars appears in the sky around the last few days of May. It is believed that the brighter the stars are, the more successful the harvested crop will be for the next season.

Matariki is traditionally celebrated by gathering with one’s family, reflecting on the past and remembering those who have passed away. Usually, offerings for good crops are made to land-based gods and new trees
were planted to signal new beginnings. The exhibition is being opened ahead of the Māori New Year which is being celebrated as a public holiday for the first time later this month.

The exhibition is made up of three interactive parts including past, present, and future.

Te Papa kaitiaki and design team lead Crystal Jones said the first part focuses on the star “Pōhutukawa” and looks at remembering those who have died in the last year.

The second portal looks at the present and how visitors may plan to spend and celebrate the te ao Māori public holiday.

It includes many strands of different coloured wool to represent the rays of the stars shining in the sky.

This part represents the end of the day and looking toward the future.

There are also kiosks where visitors can learn more about the nine stars and their responsibility. 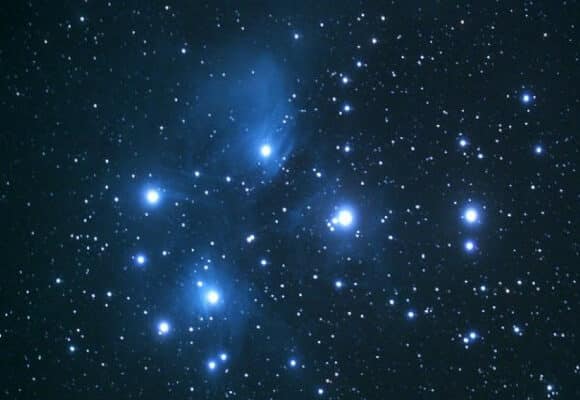 New Zealand is preparing for its first ever Matariki holiday. Check out this article to see everything about this special day. 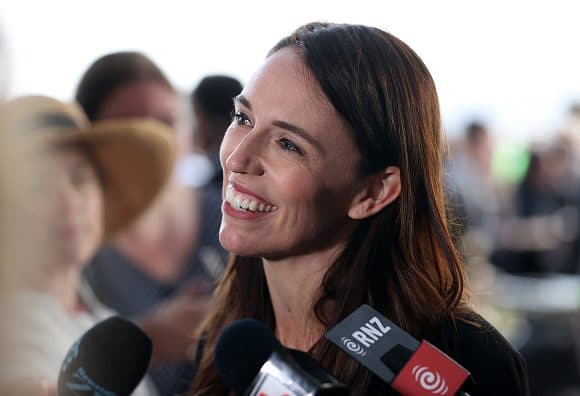 The first Matariki public holiday will be held on Friday 24 June 2022 after consideration by an expert panel.

The exact day will shift each year, similar to Easter, but will most likely always fall between June and July.

The rising of Matariki, or the star cluster known as Pleiades, usually occurs near the end of June and the beginning of July. This marks the start of the Māori New Year.

Ardern said that “Matariki will be a distinctly New Zealand holiday; a time for reflection and celebration, and our first public holiday that recognises Te Ao Māori.”

The new holiday will give people a break between the public holidays that currently exists on Queen’s Birthday in early June and Labour Day in late October.

With the Matariki holiday, New Zealand will have 12 public holidays.

The last public holiday to be introduced was Waitangi Day nearly 50 years ago.

Legislation will be introduced later this year to amend the Holidays Act. Matariki should be a holiday

Have you learnt about Matariki at school lately? That’s right: Matariki, the group of seven stars known as the Pleiades star cluster. Matariki appears annually and is believed to mark the beginning of the Maori New Year. You heard me, the beginning of an entirely new year for the native people of New Zealand. So why is this important and beautiful celebration passed by every year without much notice by the general Kiwi public. As a nation, we should be celebrating this day, just as we celebrate January 01st each year! I mean, who doesn’t love a good old New Year’s celebration?
However, before I get into too far deep into this debate, let me quickly explain what Matariki is! Some people think of Matariki as a mother star with six daughters, often referred to as the Seven Sisters. Others think that Matariki are the ‘eyes of the god’. Matariki appears in the eastern sky sometime around the shortest day of the year, and is thought to determine how successful the harvested crop will be in the coming season. The brighter the stars, the more productive the crop will be.
Traditionally Matariki was celebrated by gathering with whanau and reflecting on the past. The connection to the stars provided an opportunity for families to remember their whakapapa and those ancestors who had passed away to the heavens. Offerings were made to land-based gods who would help provide good crops, and new trees were planted to signal new beginnings. Many of these celebrations are still practised today, however, there are many new ways also. Most celebrations focus on music, song, dance, food and family. To me, it seems that Matariki is an amazing opportunity for Maori to share their stories and culture with the wider community, and I would love to see more events and activities planned throughout the country to share and celebrate Matariki.
We could celebrate this important day so much better. Personally, I see it as a big mistake that the NZ Government did not pass a bill in 2009 that proposed a public holiday to mark Matariki. The bill suggested Matariki be recognised as a national holiday, but was rejected in parliament, which is a shame for such a worthy issue. Matariki is an opportunity for us to have a unique and somewhat home-grown holiday. It would provide an opportunity for an increase in awareness surrounding Matariki, with people celebrating up and down the country.
Our country was built upon the Maori people and their culture, it seems unfair that we do not recognise the very beginning of their New Year with more significance. Matariki has already fallen this year, but it isn’t too late to treat it as your fresh start and make some new resolutions. Get out there, set some goals, and get celebrating! Who knows, maybe next year you will be able to do this on an official day off school!
Critical Thinking Questions:
1. Why is Matariki particularly important for our NZ Nation?
2. Should we all celebrate, just those who choose to, or just Maori people?
3. How long has Matariki been celebrated for?
Practical thinking Questions:
1. Go back and look at your calendar/camera roll and see what you were doing on 15th June. Were you celebrating Matariki? If not, book it in for next year!
2. Think of an awesome way Matariki could be celebrated at school?
3. Do you think we should have a public holiday for Matariki? If so, get out there and right a letter/give a call to your Local MP explaining why!

This week is known as Matariki and marks the beginning of the Maori New Year.
Matariki is the name of the Pleiades star cluster and the season of its first rising in late May or early June, which is taken as the beginning of the Maori new year.
We have put together some resources especially for Matariki – CLICK HERE for cool resources and videos
Traditionally, it was a time for remembering the dead, and celebrating new life. In the 21st century, observing Matariki has become popular again. Heaven-bound kites, hot-air balloons and fireworks help mark the occasion.