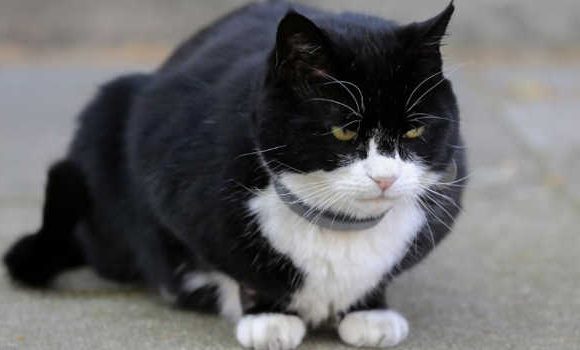 Palmerston the Cat returns to work after 6 months stress leave

Palmerston the Cat lives and works in a UK government office. He has finally returned after taking six months’ stress leave.

The black and white cat was forced to take a break from work after he was overloaded with treats given to him by government employees.

“I am happy to announce that I will be returning to my Chief Mouser duties at the @foreignoffice this week!”

But employees will have to follow special ‘Palmerston Protocols’ to avoid a repeat of overindulgence.

Most importantly, no-one other than his carers are allowed to feed Palmerston. 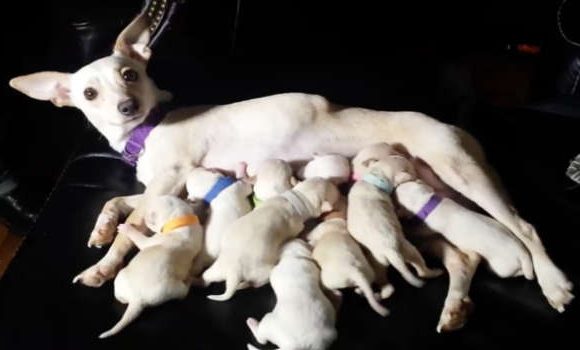 A Chihuahua, named Laugh Out Loud, has broken the world record for the number of pups.

Daniel Reno, helped with the birth and said that “when we hit about 8, we were like, ‘Whoa, she’s not done?’ and then we got an update that there were 10 and we about had a heart attack.”

The following day they realized there were not 10, but 11, which they believe has broken the world record.

While Guinness has not yet confirmed whether Laugh Out Loud broke the world record, the last mother Chihuahua that reportedly set the mark gave birth to 10 puppies in 2011.

The Guinness World Record for largest litter went to a Neapolitan mastiff that gave birth to 24 puppies. One was stillborn and three others died within the first week. 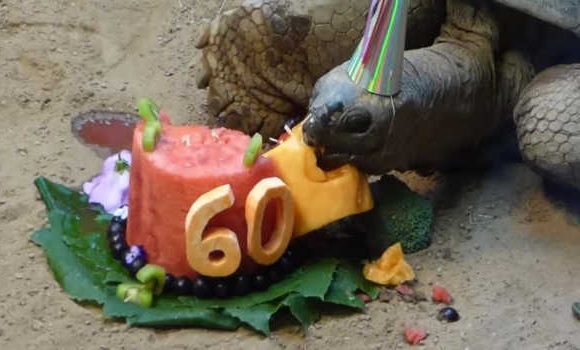 A Pennsylvania zoo has given its 60-year-old tortoise a birthday party to remember.

The party was made complete with a cake made out of his favorite fruit.

Henry, an Aldabra tortoise, lives at Clyde Peeling’s Reptiland at Allenwood Zoo in the United States.

Henry is a fan of fruit so his birthday “cake” was made out of fruits and vegetables. The “sticks” that held the cake together were made from dry spaghetti.

A short video of Henry enjoying his cake has since received more than 93,000 views on social media. 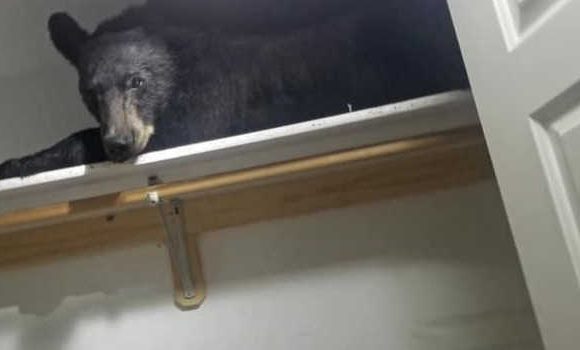 Bear breaks into house and falls asleep in wardrobe

A black bear has been found sleeping in a wardrobe in the US State of Montana.

It is believed that the bear broke into the house and found the spot to sleep.

The police were called to help out and in the end, they had to tranquilise the bear and have it removed.

Police have warned people to lock up their homes as the bear reportedly tried at least two other doors in the area. 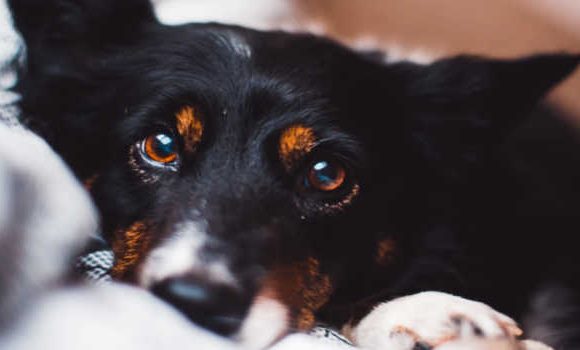 Do know a dog that uses its eyes to talk to you?

Well, researchers have found that dogs have evolved muscles around their eyes, which allow them to make expressions that particularly appeal to humans.

The study says such “puppy eyes” helped domesticated dogs to bond with humans.

This allows dogs to create what the researchers call “expressive eyebrows” and to “create the illusion of human-like communication”.

This muscle movement allows dogs’ eyes to “appear larger, more infant-like and also resembles a movement humans produce when they are sad”.

Previous research has shown that dogs are more likely to use this “puppy eyes” expression when a human is looking at them – suggesting that it is a deliberate behaviour and intended for human consumption. 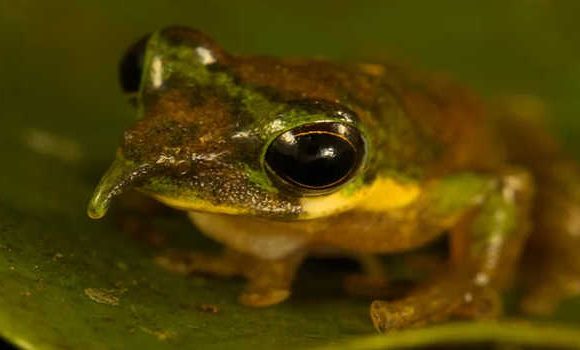 A new Pinocchio frog has been found in the forests of New Guinea.

Scientists have found the frog that sports a single, fleshy spike on their nose.

Paul Oliver discovered these curious-looking amphibians on a field expedition.

The official name of the new species is Litoria pinocchio. A German circus has become the first in the world to use holograms instead of real animals.

The idea has been developed by Bernhard Paul, the founder of Circus Roncalli.

He came up with the idea when he was watching the NFL Super Bowl half-time show in 2018. During the performance, Justin Timberlake was seen singing alongside a hologram of the music legend Prince, who had passed away two years earlier.

Since then, Bernhard Paul has attempted to find a way to make the technique work within his circus.

Now the circus uses 11 projectors to create the 3D holograms and other projections in their show and the results are breathtaking.

There are hologram horses that appear out of nowhere, stampeding around the circus ring, as well as elephants and even fish.

The move to not use animals in their circus has been welcomed by many animal rights activists as lots of animals aren’t always treated well in circuses. 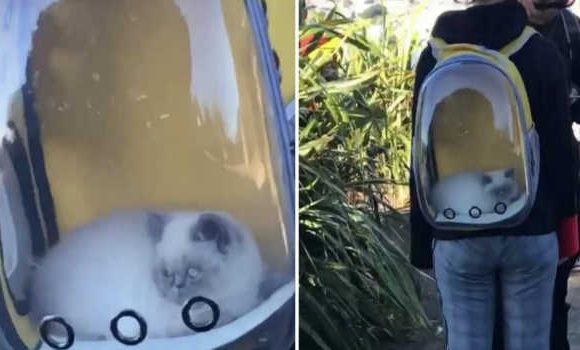 A photo of a woman carrying her cat up the Mount has gone viral.

Mount Maunganui resident Catherine Campbell posted a snap on Facebook of a woman carrying her cat in a clear backpack while walking up the Mount.

The image has been viewed thousands of times and received hundreds of comments – mostly positive.

The bag looks to have breathable holes and the cat appears happy in the picture, many noted.

What do you think? A man from India has hit the news after it has been found he has a lion in his house.

This man has been living with it for 6 months and treats it like it is his son.

He never puts a chain around the neck of the lion because the lion is friendly to humans.

It weighs around 73kg and eats 7kg of raw meat a day.

Mr Chaudhary claims he has permission to keep the lion in the family home. He says that it cost around $8000NZD to buy the lion. 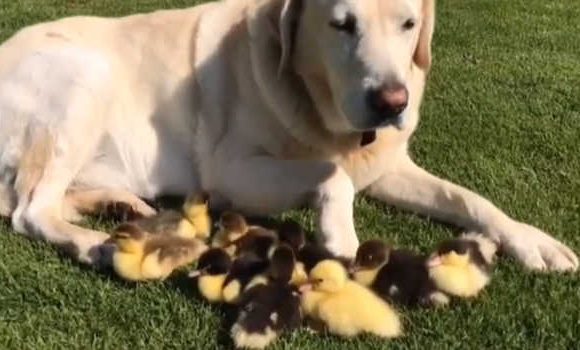 By Rachel Banbury May 27, 2019 0 115
Nine ducklings were found wandering in the grounds of an English castle without their mother.

A golden labrador, called Fred, has come to the rescue and become their unlikely parent.

Fred lives at Mountfitchet Castle has taken on the care of all nine ducklings since they were discovered by staff at the castle last Thursday.