One of New Zealand greatest bands has reunited and produced their first album in 10 years.

The band has already released a couple of new singles Whatever You Want and To The Island. Both of these are on the new album. The band has also embarked on a successful tour of New Zealand in March.

Who is Crowded House?

Crowded House are a rock band, formed in Melbourne in 1985. Its founding members were New Zealanders Neil and Tim Finn and Australians Paul Hester (drums) and Nick Seymour (bass).

The current line-up includes Finn’s sons Elroy and Liam and the American keyboard player Mitchell Froom. Neil Finn and Nick Seymour have been the sole constant members of the group since its formation.

The band was popular from 1985 to 1996 in New Zealand and Australia. Early Top Ten hits included “Don’t Dream It’s Over” and “Something So Strong”.

Neil and Tim Finn were each awarded an OBE in June 1993 for their contributions to the music of New Zealand. New Zealand’s ski season has started in the South Island.

Last week Canterbury’s Mt Hutt has opened its slopes for the season, after a new sprinkling of snow dusted the mountains.

Mount Hutt is the first South Island commercial field to open this season. Low snow levels and high temperatures have forced other fields to push back their opening dates to next week.

Mount Hutt has installed a new 8 person chair lift called the The Nor’West Express . It takes just two minutes to reach the top of the run and can carry up to 3000 people an hour.

In the North Island, Mt Ruapehu’s Happy Valley ski area opened on Queen’s Birthday weekend in early June. However, the full slopes will not be opened until more snow has fallen. $8000 given to electric car buyers

The New Zealand Government has confirmed a system to help increase the number of electric cars.

People who buy second hand electric cars will also get money. Up to $3,450 will be offered to second-hand EV buyers, and $2,300 for second-hand plug-in hybrid buyers.

To pay for the new scheme a new tax will be bought in for vehicles with internal combustion vehicles. These charges will be introduced in January 2022, and will not impact vehicles already in the country.

For example, a new Toyota Hilux will reportedly incur a $2,900 charge and a Kia Sportage an extra $1,230. Curiously, according to the NZ Herald, the Nissan Navara is listed as only incurring an $830 charge. Petrol cars judged to be low emitters won’t incur any new charges.

Mark Gilbert, the chair of Drive Electric, is excited by the announcement. “Taken together, the emissions standards and consumer incentive, puts New Zealand on the map for electric vehicle manufacturers,” he said. Hollywood has announced a plan to make a movie about the week following the Christchurch mosque attacks.

New Zealand screenwriter and producer Andrew Niccol will write and direct the project which will be called They Are Us.

Apparently, They Are Us will not focus on the attack but the response to the attack. In particular the how an act of hate was overcome by an outpouring of love and support. The title comes from one of Jacinda Ardern’s speeches following the attack.

The NZ Government, and Jacinda Ardern, have not endorsed the film and the public outcry about the film’s topic has been swift. Already a large petition to stop the film has been started. 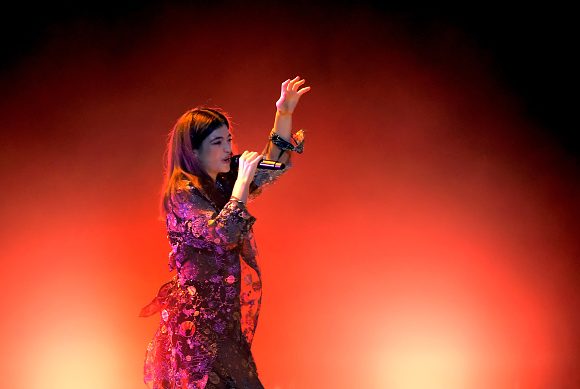 The new single comes just days after she announced the upcoming release of her long-awaited new album of the same name.

The song was a surprise launch from the New Zealander. It was launched to coincide with the solar eclipse in the northern hemisphere which happened last Thursday.

The 3min 12sec pop song was co-written and co-produced with Jack Antonoff. The catchy song includes acoustic guitar and percussions which is a change in sound from Lorde’s previous works.

Lorde delayed release of Solar Power, which had originally been scheduled for June 2020, after the sudden death of her pet dog, Pearl, in November 2019.

The release date for the new album has not been confirmed, though the singer has hinted that fans can “look to the natural calendar for clues”. 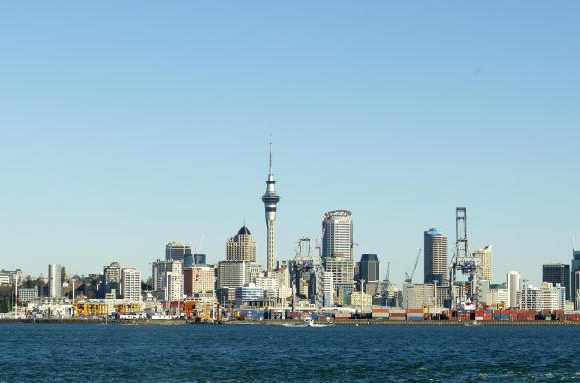 Auckland has been ranked as the number one most liveable city in the world.

The rankings are put together by the Economist Intelligence Unit’s (EIU) and are announced each year.

Auckland replaces Vienna, which crashed out of the top 10 due to Covid-19.

New Zealand’s elimination of Covid-19, and its lockdown measures helped by its geographic isolation, gave it a big boost in the rankings.

Wellington also entered the top 10 for the first time. It came fourth behind Osaka, Japan, which rose two spots to second place, and Adelaide, which leapfrogged its compatriots Sydney and Melbourne to third place from 10th. Nurses strike over pay and conditions

About 30,000 nurses, midwives and other health workers went on strike today to protest pay and working conditions.

The strike comes after failed negotiations in which nurses voted on Monday to go ahead with the strike, rejecting a revised pay offer from district health boards.

The strike mean that all non-urgent surgery and outpatient clinics were cancelled.

Emergency services still ran and those with urgent medical needs were still able to attend hospital or dial 111. 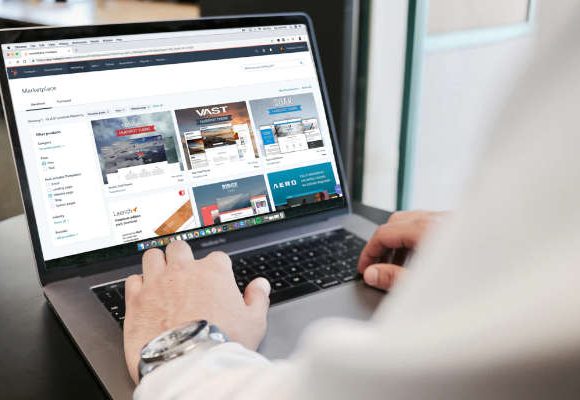 To Waste our Life

In this fast-paced, evolved, society a majority of us have made online purchases, be it novels from ‘Amazon’, school supplies from ‘The Warehouse’ or clothes from mass production sites such as ‘North Beach’. Despite the fact that online shopping is generally cheaper and more efficient, the harmful impact of your online shopping on the environment is mind-boggling. This article shall shed light on why wildlife needs to be rescued from the prolific killer that is; online shopping.

Across the country, New Zealanders happen to spend roughly about $3.6 billion dollars online shopping, with the average New Zealand shopper spending $118.60 every time they bought online according to research sustained from news outlet ‘Stuff’. Although the staggering statistic may not seem frightening for all you online shoppers out there, the first and foremost issue isn’t the goods from online shopping themselves, but the cardboard box they come in. As many parcels do, online shopping tends to venture from the United States. However, in the United States alone, 35.4 million tons of containerboard were produced in 2014. In spite of this fact, the fastest-growing contributors to this pile of cardboard are ecommerce companies. Whilst most cardboard can be recycled, a large majority of cardboard ends up in harmful places such as a landfill or even dumped on the side of the road for wildlife to call ‘home’. In nations including New Zealand, the recycling record is less impressive, and society’s demand for cardboard boxes is rapidly increasing at a rate our waste management services cannot keep up with. A quote produced by Ardeshi Faghri from the University of Delaware has commented that “Online shopping has not helped the environment… it has made it worse.” Realistically commenting on the damaging effects that we are blindsided with the effect of online shopping through the distraction of efficient shipping. Although, adding to the huge amount of cardboard waste produced, the mammoth amounts of Styrofoam, plastic coverings and cellophane tape found inside the typical parcel are creating an ever-growing problem to the grand issue.

Furthermore, as mentioned earlier the silent killer of New Zealand’s wildlife is the expansive usage of Styrofoam, plastic coverings, sticky tape and other bits and pieces found inside the typical package. In New Zealand, more than 25,000 kilograms of plastic waste is littered daily, how much of this is really due to online shopping? Ultimately in New Zealand, 100,000 animals die every year after ingesting or becoming entangled in disposable plastic materials; commonly found in online packaging. Due to poor disposal of plastic packaging, a devastating impact has occurred on marine wildlife such as whales, seals, sea birds, turtles and not to mention the significant coastline life such as muscles that produce an exponential profit. Every person, school or business who has ever online shopped has noticed the excessive use of Styrofoam within their parcel, nevertheless these e-commerce companies must know the downsides of Styrofoam usage. Styrofoam is a non-biodegradable material released into a society that appears to ‘last forever’. Basically, Styrofoam is resistant to photolysis which is the breaking down of materials by photons originating from light. This combined with the fact that Styrofoam floats, means that large amounts of polystyrene have accumulated along the coastlines and waterways around the globe. An example produced by Online shopping excess provided by ‘Stylebees.com’ plastic affecting wildlife is that one incident in New Zealand, a turtle was found to have 224 bits of plastic in its stomach. Additionally, at least 44 percent of marine bird species are known to eat plastic. This may correlate to goal 14 of the United Nations sustainable development program with the focus of ‘Life Below Water’. Summarising goal 14, over 3 billion people around the globe depend on marine life and coastal biodiversity for their livelihoods. The SDGs aim to sustainably manage and protect marine and coastal ecosystems from pollution, as well as address the impacts of ocean acidification. Enhancing the conservation and the sustainable use of ocean-based resources through international law will also help minimise some of the challenges facing our oceans.

Moreover, because global pollution is doubling every eleven years, we as a futuristic society must think about possible solutions rapidly. In order to reduce the daily outflow of unnecessary Styrofoam, plastic and a vast amount of cardboard we have to reduce the excessive amount of online shopping. Try and list one person who has never online shopped. Impossible right? Schools, companies and even yourself use the advantages of online shopping. Solutions to this include, locally owned businesses can make more local purchases, requiring less transportation and less usage of Styrofoam packing. Shopping local may also mean that you’re vigorously supporting the people who live in your community, allowing you to boost the economy of your area. Bottom line, in my local area ‘Hibiscus Coast’ we are heavily reducing the amount of waste produced by online shopping through the usage of markets. These markets include the ‘Silverdale Village Market’, ‘Orewa Artisan Market’ plus many more markets that help reduce online shopping pollution through locally renowned sources. More specifically the Orewa artisan market provides quality artisanal products made from hand using brand new, recycled and upcycled materials. An extremely sustainable choice in comparison to online shopping. Overall, this relates to goal 12 of the United Nations Sustainable Development program which is ‘responsible consumption and production’. Achieving economic growth and sustainable development requires that we as a whole urgently reduce our ecological footprint by changing the way we produce and consume goods and resources such as online shopping excess replaced with local markets.

At this point in time, although the government and more specifically Jacinda Ardern have not proposed any change to online shopping excess. However, through the plastic bag ban, we as a country are slowly but surely implementing goal 12 of the United Nations SDGs that ensures responsible consumption and production of all resources. Mai i te Kōpae ki te Urupa tātou ako tonu ai. From the cradle to the grave we are forever learning.