He was on top of the podium in the 4000m Individual Pursuit, 4000m Team Pursuit, Points Race and the Road Race. He also placed 4th in the time trial.

Gate, who also competed at the Delhi 2010 and Glasgow 2014 Commonwealth Games as well as the Tokyo and Rio Olympic Games, follows in the footsteps of Joelle King and Tom Walsh who carried the flag at the Opening Ceremony. Commonwealth Games end with a bang

The Birmingham Commonwealth Games have come to a close with a explosive closing ceremony.

The final ceremony celebrated 11 days of sporting competition which has been described as one of the best ever.

More than 1.5 million tickets were sold as spectators packed into venues, creating a buzz that may lead to a possible Olympic bid in the future.

“These Games have been bold, buzzing and absolutely brilliant,” Commonwealth Games Federation President Louise Martin told a capacity crowd at Alexander Stadium during the closing ceremonies.

A total of 877 medals were awarded, 97 new Commonwealth records set, and four world records broken during the event.

For the first time at a major multi-sport event there were more medal events for women (136) than men (134) at the Commonwealth Games and a record eight integrated para-sports with podium finishes counting in the overall medal standings.

Australia, which will be hosting the Games for the third time in the last six editions in 2026, once again topped the medal table with 67 gold and an overall haul of 178.

George Miller became the oldest gold medallist in the history of the Commonwealth Games when the 75-year-old helped Scotland to victory in the B2/B3 mixed pairs bowls. King and Coll beat the English pair of Alison Waters and Adrian Waller 11-3, 11-6.

It is the second gold for Coll at these games after he won the men’s singles last week.

King has the chance of another gold tomorrow in the women’s doubles final. She and Amanda Landers-Murphy will play Waters and Sarah-Jane Perry of England. 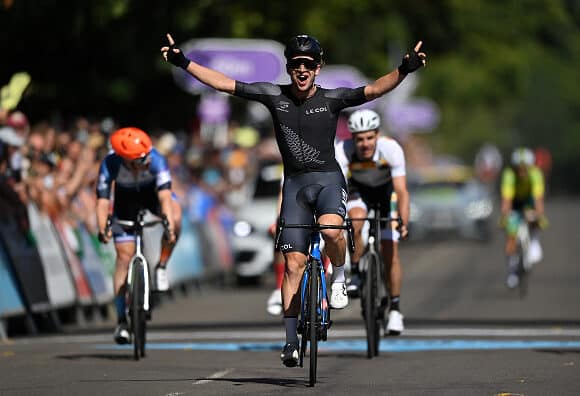 New Zealand cyclist Aaron Gate has picked up his fourth gold medal of the Birmingham Commonwealth Games. His latest success came by winning the 160km road race in a sprint finish.

Gate beat South African Daryl Impey and Finn Crockett of Scotland to add another gold to his track medals in the team and individual pursuit, and the points race.

Gate was happy afterwards say that he “came here to win the team pursuit and when we ticked that off I was kind of hoping that momentum would carry through, but I definitely didn’t believe it would be this kind of momentum. It still hasn’t sunk in yet.” 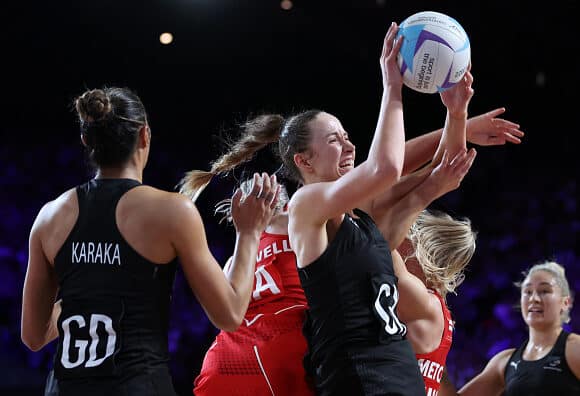 The Silver Ferns have won bronze at the Commonwealth Games, beating England 55-48.

New Zealand played superbly to lead by one at the end of the first spell.

The Silver Ferns then went on a six-goal scoring run in the second quarter to put them ahead 29-23 at half time.

Young shooter Grace Nweke played a big part in the win, providing a target at the back and shooting 44 from 48 attempts at 92 percent acuracy.

It was a good turn-around from the Ferns, who were beaten by England by 10 goals in pool play. The White Ferns have claimed the T20 bronze medal at the Commonwealth Games.

Chasing a total of 111, New Zealand scored the required runs in 11.5 overs to secure an eight-wicket win over England.

Captain and opening batter Sophie Devine was the best kiwi batter, scoring 51 off 40 balls including six fours and a six.

Suzie Bates chipped in with a quickfire 20 off 10 balls, putting on 54 for the first wicket with Devine.

Hayley Jensen led the New Zealand bowlers with figures of 3 for 24, after England won the toss, while Devine contributed 2-11 off three overs and Fran Jonas 2-22 from four.

The White Ferns have only beaten England three times in 22 matches over the last 22 years.

The results was a big turnaround from their match against England in pool play. In that game New Zealanders scored a paltry 71-9 in their 20 overs and England reached their target in the 12th over with the loss of three wickets.

New Zealand’s Julia Ratcliffe has won silver in the women’s hammer throw at the Commonwealth Games in Birmingham.

The Commonwealth defending champion secured the silver medal with her third throw – a distance of 69.63.

Camryn Rogers from Canada won the event with a throw of 74.08 to claim gold.

Ratcliffe won a silver medal in Glasgow 2014, before winning a memorable gold in Gold Coast four years ago.

Coached by her father Dave, the Hamilton-raised athlete said she was really happy to win another Commonwealth Games medal in her third appearance. New Zealand has won gold and silver in the Shot Put at the Commonwealth Games.

Walsh, the defending champion, led the field from the first round, securing the gold medal with a huge throw of 22.26 metres.

Jacko Gill won the silver with a brilliant personal best throw of 21.90 metres for his first podium finish at a major world meet. Gill had finished ninth in the Tokyo Olympics.

Walsh was helped by the raucous crowd in putting in a consistent series of big throws. 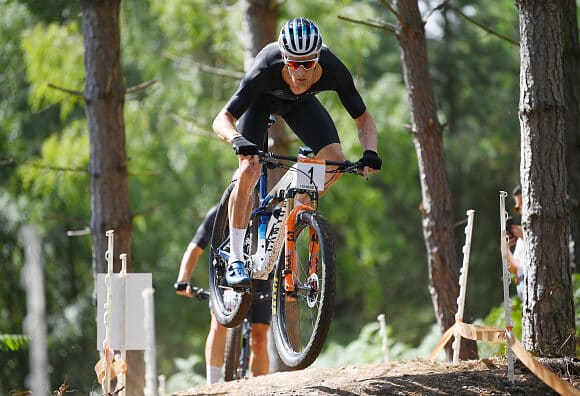 Gold and Silver for mountain bikers

New Zealanders Sam Gaze and Ben Oliver have won gold and silver at the cross-country final at the Birmingham Commonwealth Games.

Gaze attacked with two laps of the eight-lap course to go, opening out a 40-second over Oliver with one lap remaining.

Gaze said he had poured everything into the race over a course which was technical and challenging.

Oliver, who finished fourth at the 2018 Commonwealth Games, was satisified with the silver behind the in-form Gaze.

Teammate Anton Cooper, who took silver behind Gaze at the Gold Coast Games four years ago, was yesterday forced out of the race after contracting covid. 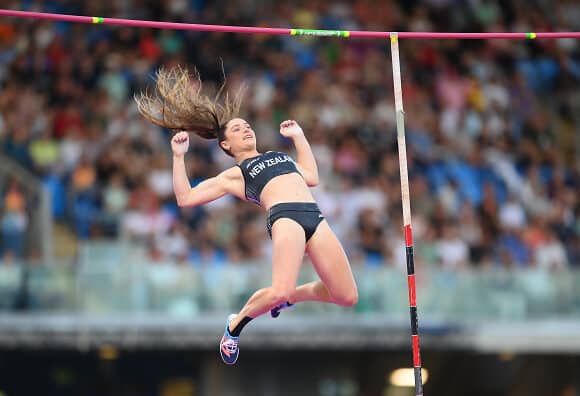 The 21 year old finished with a season best height of 4.45m. She finished third behind Australia’s Nina Kennedy and Englishwoman Molly Caudery.

It was an encouraging performance by Ayris, who failed to register a height in qualifying for last month’s World Championships.

Olivia McTaggart, who improved on her ninth-place finish at the Gold Coast 2018 Commonwealth Games, said: “I wanted to enjoy it out there, and I definitely did. I am proud of fourth place.