Rescuers continued to search for survivors of a powerful earthquake on Japan’s island of Hokkaido.

The magnitude 6.7 earthquake struck on Thursday. 16 people are confirmed dead, and dozens are still missing with many feared buried under rubble.

Some 1.6 million residents across Hokkaido remain without power.

The village of Atsuma was among the hardest hit, where roads and houses collapsed after huge landslides.

Authorities said it could take at least one week to restore power lines to the sparsely populated countryside.

Officials are warning people to remain cautious and be prepared for aftershocks.

The earthquake is the second disaster to hit Japan within a week.

Jebi, the strongest typhoon to hit the country in 25 years, killed at least 10 people and caused widespread damage and disruption.

Japan is one of the world’s most seismically active nations and accounts for around 20% of quakes worldwide of magnitude 6.0 or more. Cave girl was half Neanderthal

Once upon a time, two early humans of different ancestry met at a cave in Russia.

Some 50,000 years later, scientists have confirmed that they had a daughter together.

DNA extracted from bone fragments found in the cave show the girl was the offspring of a Neanderthal mother and a Denisovan father.

Neanderthals and Denisovans were humans like us, but belonged to different species.

This cave, called Denisova cave, in the Altai Mountains of Siberia is the only known site where fossil evidence of both Denisovans and Neanderthals has been found.

The two groups lived until about 40,000 years ago; Neanderthals in the west and Denisovans in the east.

What is a Neanderthal?
Neanderthals are an extinct species or subspecies of humans, who lived in Eurasia until 40,000 years ago. Compared to modern humans, Neanderthals were stockier, with shorter legs and bigger bodies. They had a receding forehead and prominent brow ridges.

What is a Denisovan?
An extinct species of human of robust build. They lived mainly in modern day Asia, from Siberia to South East Asia. 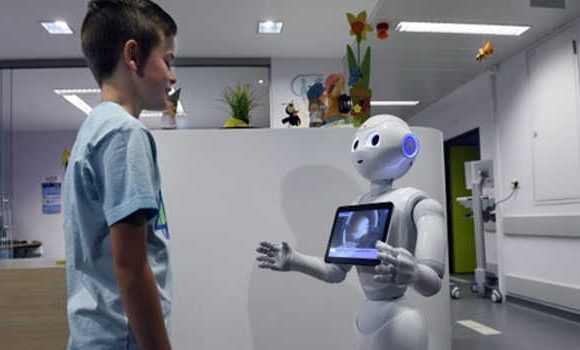 Babylon Health has created software that can interpret symptoms and tell a person what might be wrong with them after answering a number of questions.

But general practitioners say while the program has some benefits, it will never replicate the level of care offered by humans.

“What we’re trying to do with Babylon is make healthcare accessible, affordable, put it in the hands of every human being on earth,” Babylon’s founder, Dr Ali Parsa.

He says the app isn’t intended to replace GPs but can be used to free-up already overworked doctors and also help improve waiting times for patients. NASA has successfully launched its mission to send a satellite closer to the Sun than any before.

The Parker Solar Probe rocket lifted off from Cape Canaveral, on Sunday evening.

The probe is set to become the fastest-moving manmade object in history.

Its goal is to provide data about the Sun’s behaviour.

It is the first spacecraft to be named after a living person – astrophysicist Eugene Parker, 91, who first described solar wind in 1958.

What will the probe do?
The probe aims to dip directly into our star’s outer atmosphere, or corona.

It will zip past Venus in six weeks and make the first rendezvous with the Sun a further six weeks after that.

Over the course of seven years, Parker will make 24 loops around our star to study the physics of the corona, the place where much of the important activity that affects the Earth seems to originate.

The probe will dip inside this tenuous atmosphere, sampling conditions, and getting to just 6.16 million km from the Sun’s broiling “surface”.

It will also be the fastest human-made object ever, travelling around the Sun at speeds of up to 690,000km/hr. That is the same as traveling from Tokyo to New York in one minute. 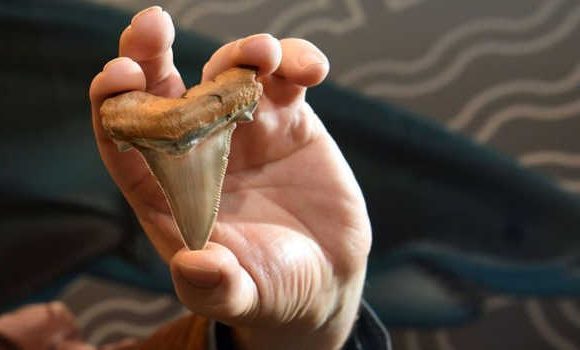 A rare set of teeth from a giant prehistoric mega-shark have been found in Australia.

The teeth, twice the size of a normal great white, have been found on an Australian beach by a keen-eyed amateur enthusiast.

Philip Mullaly was strolling along a beach area on the country’s famous Great Ocean Road, which is around 100 kilometres from Melbourne.

The shark, which stalked Australia’s oceans around 25 million years ago, feasting on small whales and penguins, could grow more than 18 metres long, almost three the length of today’s great white shark. 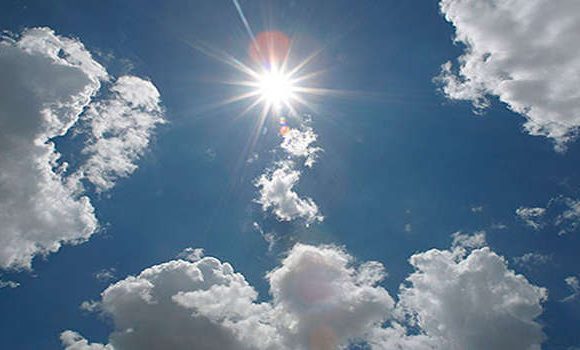 A severe heatwave has hit the northern hemisphere.

From Tokyo to Toronto, from Stockholm to Seoul, and from Lapland to London – the northern hemisphere is sweltering in a heatwave which is rewriting the record books and causing drought and wildfires.

An “unprecedented” heatwave in Japan killed at least 65 people in one week.

Last week Britain baked in its hottest day of the year when temperatures hit 35 °C – hotter than spots on the Mediterranean such as Greece, Italy and the south of France.

Record temperatures have also been reported in northern Norway with a top temperature of 33 °C – more than 15 ° higher than normal, according to the Norwegian meteorological institute.

And near the Arctic Circle at Kvikkjokk in Sweden temperatures climbed to 32.5 °C last week, while the Finnish Lapland saw 33.4°C .

In the US, California has been under scorching heat, including record temperatures on July 6 of 48.9 °C in Chino in the west of the state, and the next day 47.2 °C in the Van Nuys neighbourhood of Los Angeles. 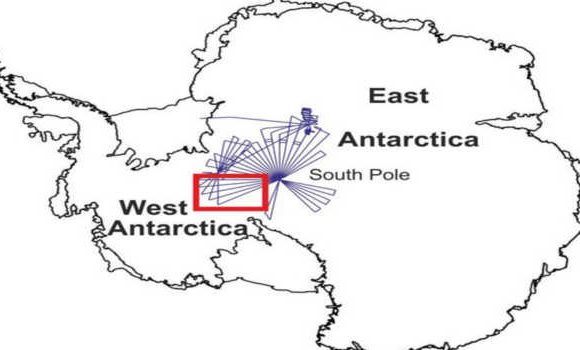 Scientists have discovered three massive canyons in one of the last places to be explored on Earth – under the ice at the South Pole.

The deep canyons run for hundreds of kilometres, cutting through tall mountains. However, none are visible at the snowy surface of the continent as they are buried under hundreds of metres of ice.

The biggest of the canyons is called Foundation Trough. It is over 350km long and 35km wide.

The two other canyons are also big. The Patuxent Trough is more than 300km long and over 15km wide, while the Offset Rift Basin is 150km long and 30km wide. The summer heatwave has massively affected New Zealand’s glaciers.
Glacier Snowline Survey found it was one of the largest glacier meltbacks since he began the survey in 1977.
Survey founder, Trevor Chin, said “A glacier is the best climate change indicator you can use.”
New Zealand glaciers have lost 30 percent of their ice, in the 40 years that the annual snowline survey has been running. 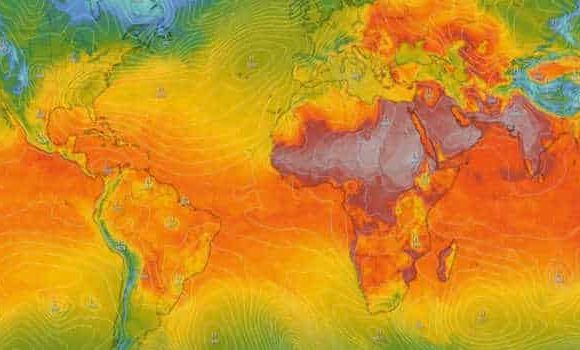 Has the highest temperature been broken in Pakistan?

A city in the southern part of Pakistan soared to 50.2 Celsius. This might just be the highest temperature ever reliably measured on the planet during April.

The temperature was observed in the city of Nawabshah, which has a population of 1.1 million and is about 120 miles from the Indian Ocean.

Christopher Burt, an expert on global weather extremes said it was likely also the highest temperature “yet reliably observed on Earth in modern records.”

The previous hottest April temperature of 51.0 Celsius was set in Santa Rosa, Mexico, in April 2001. 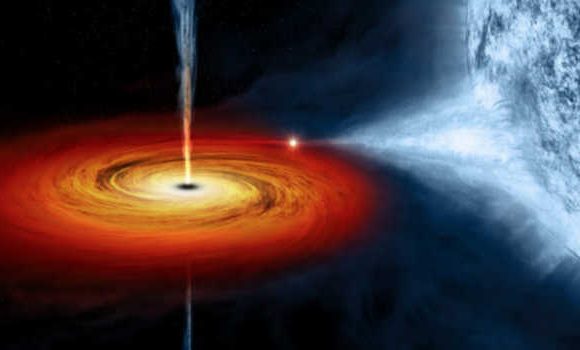 Imagine someone having dinner and they’re eating and burping. Pretty gross, right?

Well, scientists have found that’s what black holes do – just like humans!

A black hole is a place in space where gravity pulls so much that even light cannot get out.

When cosmic gas passes nearby, it gets sucked in by the black hole and then some energy is released back out just like a burp!

And they don’t stop at one!

The dining galaxy is known by its abbreviated name, J1354, and is about 800 million light years from Earth. Scientists used observations from NASA’s Chandra X-ray Observatory and Hubble Space Telescope, as well as the ground-based optical telescopes to track both the behavior and diet of this monster-sized black hole.

Scientists think our Milky Way’s own black hole has experienced at least one similar burp of its own. By understanding how a black hole like J1354 feeds, astronomers are hoping to learn more about supermassive black holes and how they grow both near and far.