The main piece of news this week was that Kiwi striker Chris Wood created history by scoring the 30,000th goal in English Premier League. He scored his side’s only goal in a 1-1 draw with his former club Leeds United.

Looking back at the games, the weekend started off with Manchester City beating Arsenal 5-0. This is the biggest win margin of the premier league so far this season. It means Arsenal have had their worst every start to a PL season with three losses.

Then Newcastle and Southampton had a 2-2 draw with Southampton scoring in the 96th minute to tie the game. Next Leister beat Norwich 2-1. This is Norwich’s 3rd loss in 3 games and keeps them in the bottom three.

West Ham and Crystal Palace had a 2-2 draw. This is West Ham’s best start to a Premier League season ever. Then Chelsea and Liverpool had a 1-1 draw with a controversial red card for James from Chelsea with Liverpool scored the resulting penalty.

Then the mighty Tottenham Hotspurs beat Watford to make them top of the table and three wins from three games.

The Premier League gameweek 3 ended with Man Utd beating Wolves 1-0. The goal was scored by Greenwood. 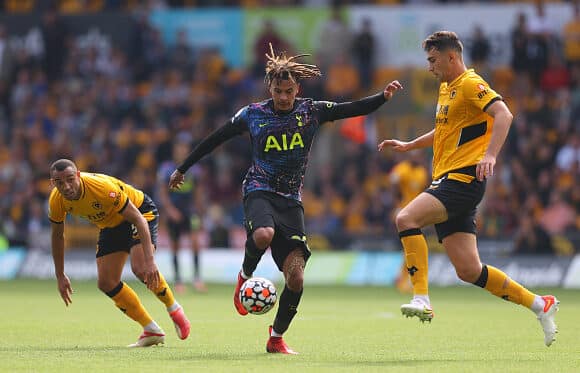 Week 2 of the English Premier League started with Liverpool beating Burnley 2-0. It was an entertaining game and Burnley never gave up.

Sunday started with Aston Villa beating Newcastle 2-0. The goals were scored by El Ghazi and Ings. After that Crystal Palace had the first draw of the Premier League 2021/22 season with a 0-0 draw against new comers Brentford.

Leeds and Everton followed that match with a 2-2 draw and the goals were scored by Klich and Raphinha for Leeds and Calvert-Lewin and Gray for Everton.

Manchester City had their first win with a 5-0 thrashing of Norwich. The goals were scored by Grealish, Mahrez, Sterling and Laporte with an own goal from goalkeeper Krull. Then Brighton had a win against Watford. The score was 2-0.

Southampton and Manchester United had a 1-1 draw. This was the 3rd draw of the gameweek.

On Sunday Wolves had a loss against Tottenham, being beaten 1-0. The only goal was scored by Deli Alli when he converted a penalty.

Chelsea had a 2-0 win in the London derby against Arsenal. Romelu Lukaku got his first goal for Chelsea on his debut and James also scored.

To end the game week, West Ham had a 4-1 win over Leicester. Antonio scored 2 goals to become West Hams leading goal scorer ever. 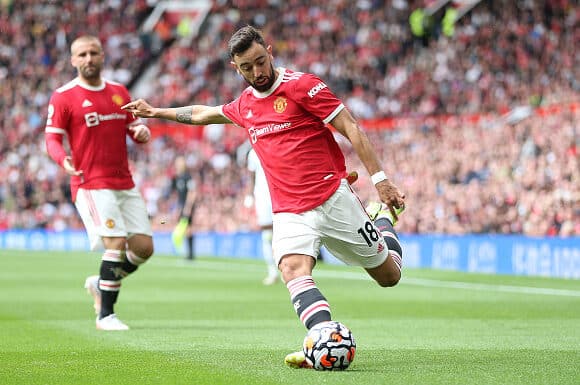 Last weekend the Premier League started for the 2020/21 season. Interestingly, there were no draws on the first day.

The season started with Brentford beating Arsenal 2-0. The goals were scored by Nørgaard and Canós.

Next Man U beat Leeds 5-1. The goals were scored by Greenwood, Fred and Fernandes scored 3 for Man U and Ayling scored for Leeds. see the goals below.

Sunday first game saw Brighton beating Burnley 2-1. The goals were scored by Maupay and Mac Alister for Brighton and Tarkowski for Burnley.

Next Chelsea beat Crystal Palace 3-0 with the goals scored by Alonso, Pulisic and Chalobah.

After that Everton beat Southampton 3-1 with the goals scored by Doucouré, Calvert-Lewin, and Richarlison for Everton and Armstrong for Southampton.

Following that, Leicester beat Wolves 1-0 with the goal scored by Vardy.

After that Watford beat Aston Villa 3-2. The goals were scored by Sarr, Dennis, and Cucho for Watford and McGinn and Ings for Aston Villa.

Next we saw Liverpool beat Norwich 3-0. The goals were scored by Jota, Firmino, and Salah.

Monday started with West Ham beating Newcastle 4-2. The goals were scored by Cresswell, Antonio, Benrahma, and Soucek for West Ham and Wilson and Murphy for Newcastle.

The week ended with Tottenham beating Man City 1-0. The goal was scored by Son.

Below is the current table for the Premier League. 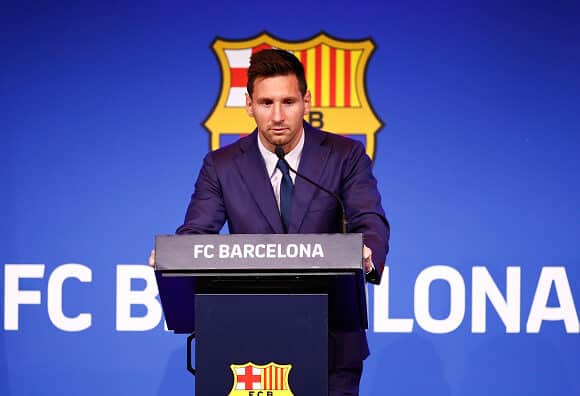 In a shock announcement, Barcelona has announced that Lionel Messi won’t sign a new contract and will leave the club.

He has been a Barcelona player for most of his life – 21 years altogether.

Messi left Barcelona because of new La Liga finance rules. Both Messi and Barcelona agreed to a new deal, but that new deal wasn’t allowed by La Liga.

Messi agreed to have 50% pay reduction to keep himself at his boyhood club, but this didn’t drop Barcelona’s debt levels to a satisfactory level.

Check out the video of Messi leaving. 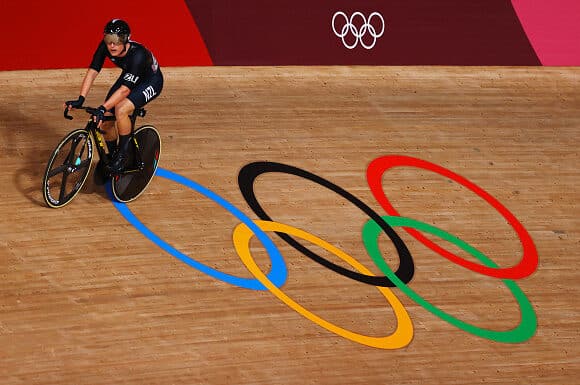 Welcome to Day 13 of the Kiwi Kids News daily round up of the Tokyo Olympic Games.

Yesterday was another amazing day for New Zealand. Golds, Silver and Bronze medals in a variety of sports.

Lydia Ko had a good day and is 4 under par. She is tied for 9th and had 2 more rounds to go.

In athletics, we had Tom Walsh get the bronze medal in the shot put. He threw 22.47 meters. We also had Jacko Gill get 9th and threw 20.71 meters.

The cycling started with the Omnium. This is a 4 leg race. Cambell Stewart came 7thin the 1st race and 12th in the 2nd. Then he came 5th in his 3rd and 2nd in his 4th to get a silver medal.

Next, it was the men’s sprint. We had Sam Webster come 2nd in the semi-finals and 2nd in the repechages so he is out of the competition.

After that, it was the Keirin women. Ellesse Andrews came 2nd in the quarter-finals 2ns in the semi-finals and 2nd in the finals to get the silver medal. Here is a video overview of Day 12. Scroll below for more details about each code

In the K-1 500 meter sprints Lisa Carrington came1st in her heat and Caitlin Regal came 3rd in her heat.

In cycling, Sam Webster came 18th in qualifying so he had to go to the repechages. He won his repechage so he qualified for the quarter-finals. Then Sam Webster won his quarter-final so he moves onto the semi-finals.

Next, we had the women sprint. We had Ellesse Andrews who came 4th and in the repechages came 1st to qualify for the quarter-finals.

After that, we had the men’s 4000 meter bronze medal match against Australia. We were leading for a lot of the race until we had a crash to stop us from getting the bronze.

In weightlifting, we had David Lifi who came 4th and lifted 178 kg. He qualified for the semi-finals.

Two of our shot putters have qualified for the finals. Valarie Adams came 6th with a score of 18.83 meters and Maddi Wesche who came 11th.

We also had high jumper Hamish Kerr. He finish 3rd in his qualification round jumping 2.28m and makes to through to the final. 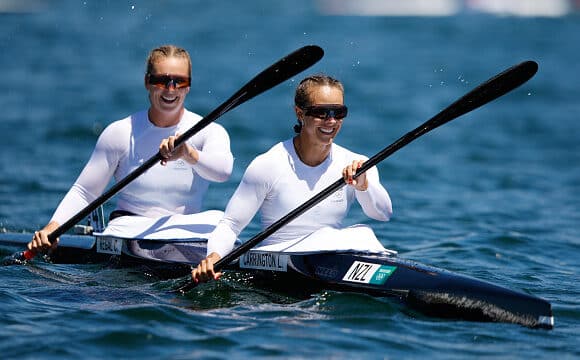 Welcome to the Kiwi Kids News daily round up of the Tokyo Olympic Games. We are now at Day 11.

Next, it was the men’s shot put. Tom Walsh came 1st in the group a and threw 21.49 meters. In group B Jacko Gill came 6th and threw 20.96 meters. Both are through to the finals.

After that, it was the hammer throw. We had Julia Ratcliffe who came 9th in the final and threw 72.69 meters.

Our day started off with the pursuit woman team losing to Australia. Then in the times out of all the heats, we came 8th.

Next, it was the sprint men’s team. In the first round, we lost to France so we came up against Poland and beat them so we came 7th.

In boxing, we got bronze after losing to Gadzhimagomedov. This is the first boxing medals New Zealand has won in the last 20 years.

In sailing the men’s Finn came 8th in the final race and the 49ers men’s came 2nd in the finals race to collect the silver medal. Check out their medals ceremony below.

Our kayakers had a huge day in the water. It started off with Lisa Carrington getting first in the K-1 200 meter woman sprint to get the gold. Her time was 38.120.

Next, it was the woman’s K-2 500 meter sprint where New Zealand collected another gold medal. 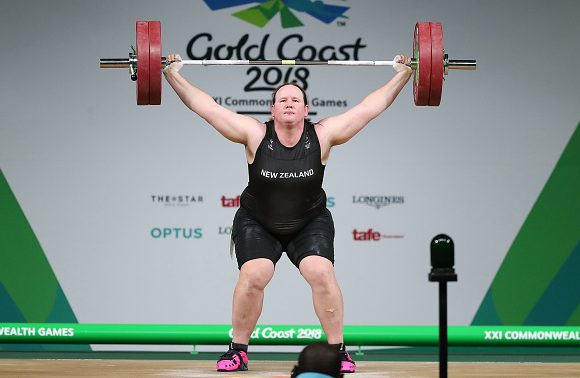 Welcome to the Kiwi Kids News daily round up of the Tokyo Olympic Games. We are up to day 10.

Check out he video highlights of Day 10 below. For more detailed results from each sport scroll down.

Our Women’s hockey team had a 3-0 loss against the Netherlands in the quarter-finals. This means the woman hockey team are out of the Olympics.

Today’s kayak sprinters went well. It started with the woman K-1 200 meters. Lisa Carrington came 1st in her heat and qualified with a time of 40.715 seconds.

Then it was the woman K-2 500 meters. It started with A.Hoskins and T.Hatton with a time of 1:49.83 and didn’t qualify for the semi-finals so have to go to the quarter-finals.

After that, L.Carrington and C.Regal came 1st in their heat with a time of1:43.83. They qualified for the semi-finals.

To finish off the kayak day we had A.Hoskins and T.Hatton in the quarter-finals. They qualified with a time of 1:50.50.

Our weightlifters had a good day. It started with Kanah Andrews-Nahu who came 5th and lifted 112kg.

Next, it was Laurel Hubbard who didn’t lift anything. She failed in her three attempts and didn’t progress to the next part of the competition.

Our men’s 3 meter springboard. Anton Down-Jenkins came 16th with an overall score of 394.45. He is through to the final.

We had an good day for our horse riders. However, we finished just out of the medals – in 6th place. Jonelle Price was the best placed in the Individual – she came 11th. 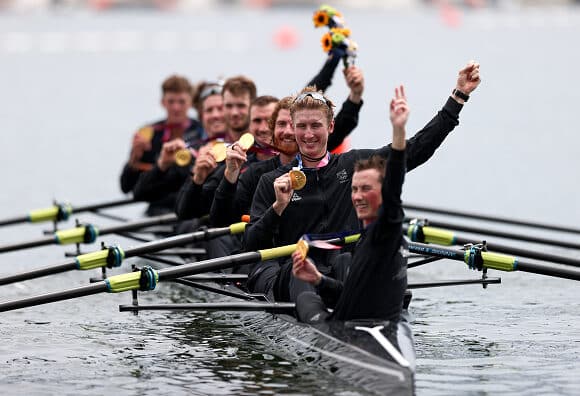 Check out the main events from Sunday in the video below.

In golf, Ryan Fox scored 7 under par in his final round. This made him 42nd overall.

Next, we had our first track and field medal. Valerie Adams came 3rd in the shot put final with a 19.62 meter throw. Then we had Maddi Wesche finish 6th with an 18.98 meter throw. That throw is her personal best.

After that, we had the men’s high jump. Hamish Kerr finished 10th and jumped 2.30 meters. Could you jump that?

Next, it was the men’s sailing Finn with Josh Junior. In the 2 races, he came 8th and 1st to make him in the medal race.

To finish off the sailing for today Sam Meech came 10th in the medal race.

Our double tennis team of Marcus Daniell and Michael Venus came 3rd and got the bronze medal. That is the first New Zealand tennis medal for New Zealand for over 100 years.

Our Women’s hockey team had a 1-0 loss against Australia. Then in the men’s hockey, we had a tough loss to Argentina 4-1. Check out the action from the men’s game below.

Todays was our last day of action from the rowing. But our rowers didn’t disappoint – securing 3 medals in one hour.

Next in the woman’s single scull, Emma Twigg got us the first gold medal of the Olympics. Twigg had come 4th in the last two Olympics so this was an amazing effort.

In the rowing, eight woman’s they got a sliver in a tight final.

Our final result came when we won our 2nd gold medal of the day with the eight men.

Our sailing team had another huge day. It started with the 470 men. We came 5th and 7th in the 2 races and are 3rd overall.

After that, we had the laser men. They came 11th and 3rd.

Our double tennis team of Marcus Daniell and Michael Venus came 3rd and got the bronze medal. That is the first New Zealand tennis medal for New Zealand for over 100 years.

Our Women’s rugby sevens team. We versed Russia in the quarter-finals and we won 36-0.

Two of our shot putters have qualified for the finals. Valarie Adams came 6th with a score of 18.83 meters and Maddi Wesche who came 11th.

We also had high jumper Hamish Kerr. He finish 3rd in his qualification round jumping 2.28m and makes to through to the final.