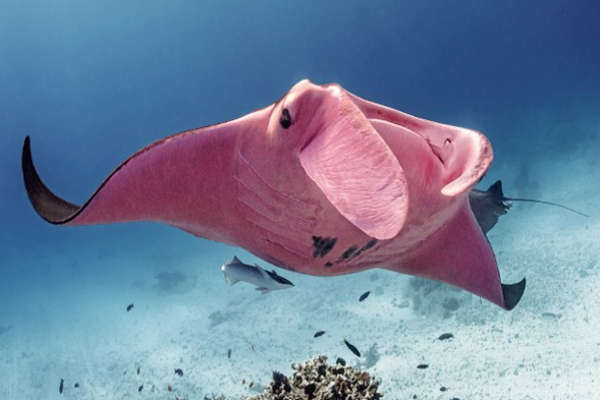 An ocean photographer has taken an image of what is believed to be the only known pink manta ray in the world.

The stingray was nicknamed Inspector Clouseau after the inspector in “The Pink Panther” media franchise when it was first discovered in 2015.

The stingray is around 3.3 metres, and has been elusive in the five years since it was first noticed.

Although locals are now well aware of him, the pink manta has only been seen around 10 times.

Despite how shy he is, scientists from the research group Project Manta are still on the case investigating what causes the vibrant pink colour.

In 2016 they took a small biopsy to try to discover more.