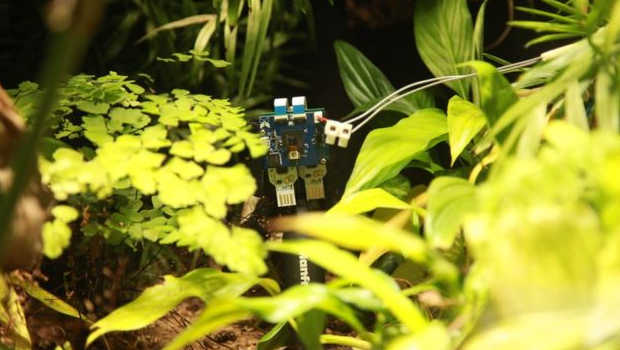 A plant has taken the botanical world’s first selfie during a trial completed by the Zoological Society of London.

Scientific trials involving a fern called Pete saw it “take” photographs of itself every 20 seconds. It did this by using the energy it had generated to power a camera.

The technology could help scientists learn more about remote rainforests.

The ultimate aim is to use plants to power camera traps and sensors in the wild.

A single fuel cell can generate 0.1 milliWatts of power. The trial used cells connected together to take a photo every 20 seconds.

That’s fascinating! We could find a way to utilize the excess and have cleaner energy.