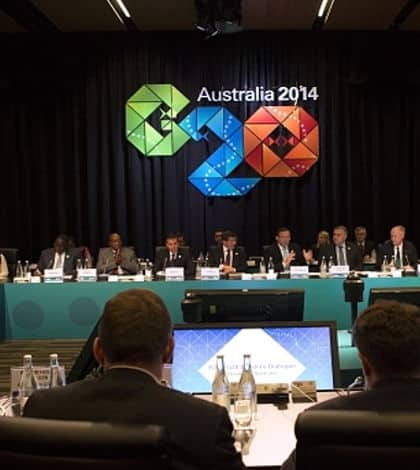 World leaders from Russia, China, the United States and other countries are gathering in Brisbane for this weekend’s summit of G20 nations.

The G20 is made up of countries with advanced and emerging economies. It includes 19 countries and the European Union. The leaders of these countries meet together to discuss economic cooperation between their countries.

Some wanted climate change to be discussed among the leaders but Australia has remained firm, keeping it off the list of topics to discuss. They wish to keep the focus on ways to boost growth.

Prime Minster John Key said he was concerned that conflicts between Ukraine and the Middle East could take the focus off discussing economic growth.

What do you think these world leaders need to discuss?

‘s and 1 H. Then select 25 of key words associated with the article.