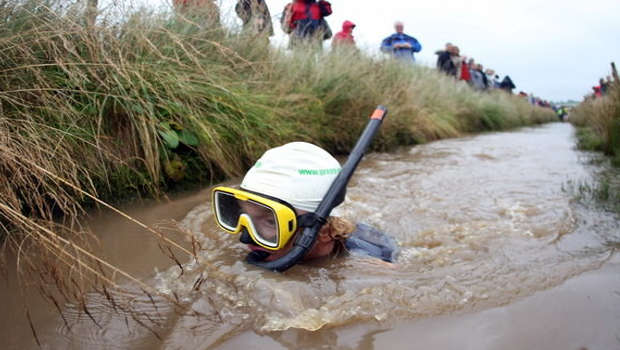 The World Bog Snorkelling Championships have been held in Llanwrtyd Wells, Wales.

Competitors dressed in wetsuits and costumes raced in the into the peat bog in the quest to be named world bog snorkelling champion.

A total of 176 competitors had to swim two lengths of the bog, which is 55 metres long.

It was the 34th time that the annual event has taken place.

It took him 1 min 21.78 seconds to swim the course, which was three seconds slower than the world record of 1 min 18.23 seconds.

wow that is fast

wow that is weird and cool at the some time

i wouldn’t want to swim in that!

that is super cool

I can go faster