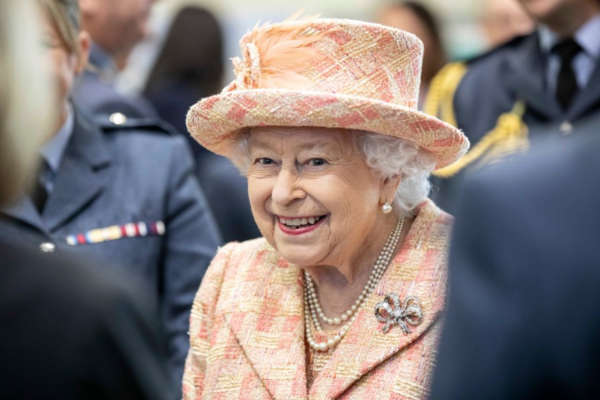 Who am I? Queen Elizabeth II

Elizabeth II is the Queen of the United Kingdom and is also the monarch of 15 other countries, including us Kiwis in good old New Zealand. Elizabeth became Queen when her father, King George VI, died in 1952 and has now ruled longer than any other king or queen in the history of the United Kingdom.

Although Elizabeth is the queen of each country separately, she lives and spends most of her time in the United Kingdom. In all the other countries where she is Queen, a person has been chosen to represent her, who is known as the Governor-General. Elizabeth is the Queen and is interested in the running of her countries, but she doesn’t really tell the governments what to do.

While she has had a very high-stress life, being the Queen of England comes with some pretty great perks too… Elizabeth is the only person in the UK allowed to drive without a licence, and she still drives to this day, even at 93 years old! She also has two birthdays, which is pretty awesome.

Her actual birthday is on 21st April, but she gets an official birthday thrown in her honour on a Saturday in June – when the weather is better in England!

While the Queen is very important and may seem quite prim and proper, she enjoys lots of the same things that us non-Royals do too! She has many hobbies, including horse riding, pigeon racing, and football – she’s an Arsenal supporter! She enjoys walking her dogs, and it is well known that her absolute favourite breed of dog is Corgis as a little group of them are often seen trotting along beside her.

Queen Elizabeth has and continues to live, a pretty amazing life. No matter what people say about her, there is no denying that she has truly devoted herself to her job. On her 21st birthday, she said in a speech: “I declare before you all that my whole life, whether it be long or short, shall be devoted to your service and the service of our great imperial family to which we all belong.” How many of us can imagine making a promise at 21, and not breaking it even when we are in our nineties! To me, it’s pretty impressive.

There are endless life lessons we can learn from Elizabeth. She shows us that it is possible to truly dedicate ourselves to things we care about and to not let anything get in the way. Elizabeth puts her country above all else, sometimes even above her own best interests and the best interests of her family. She can show us that while sometimes decisions can be hard to make, it is important to look at the big picture and remind ourselves what our overall purpose is.

From her experience we can learn that you never know when you’re going to be thrust into a position of responsibility, so get ready for the top job. When Elizabeth was born, she was third in line for the throne. But by the time she was 25, she was Queen! To put that in perspective, her son Charles was first in line for the throne when he was born, and at 71 years old today, he still isn’t King! While Elizabeth didn’t have a whole lifetime to prepare for the role, she learnt quickly and was committed to being the best Queen she could be, doing a great job.

And of course, Queen Elizabeth shows us how to Keep Calm and Carry On…

Hannah is a fourth-year law student at Otago University, with one year to go until she graduates. She works part-time at a bookshop and is a volunteer legal advisor at Community Law. When she isn’t studying or working she enjoys cooking delicious plant-based food, reading lots of books, sleeping in and, of course, enjoying the student lifestyle in Dunedin. She loves that writing for Kiwi Kids News encourages her to think about the ways in which current events and societal issues affect young people uniquely.
Subscribe
2 Comments
Oldest
Newest Most Voted
Inline Feedbacks
View all comments

I found this very interesting

I found this article very interesting