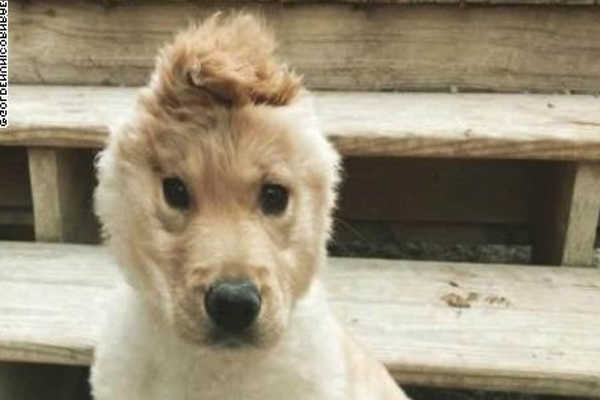 A unicorn dog has become an internet sensation.

A golden retriever puppy called Rae, has made her both Instagram and TikTok-famous.

It all happened after Rae’s owner set up social media accounts to show off the cute pup’s unique look.

In less than three weeks, Rae managed to get more than 180,000 Instagram followers. the dog has been nicknamed the ‘unicorn puppy’.

Her TikTok video has also been viewed nearly 4 million times.

Rae’s bio says: “I’m a one-eared golden retriever! Accidental injury at birth left me with only my right ear. As I grew, it migrated to the top of my head.”

One of Rae’s ears became damaged when she was born, and it had to be removed.

But instead of just having a gap where her missing ear should be, the ear she does still have, now sits on the top of her head like a unicorn horn.

Her ear drama was also the inspiration behind her name: Rae is ‘ear’ spelled backwards.

That dog is a unicorn