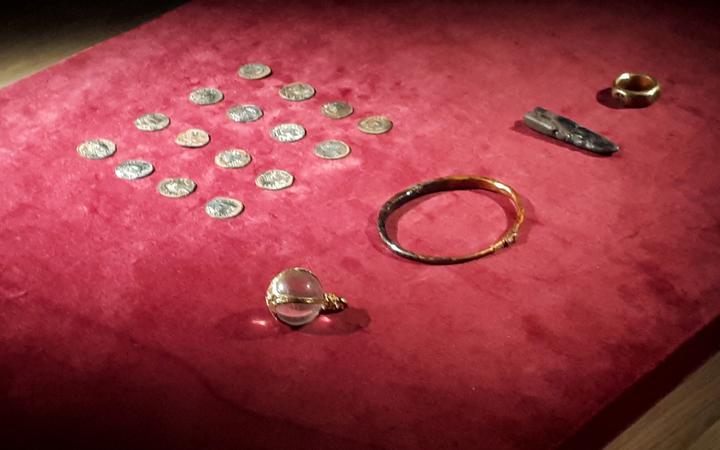 Two British men have been sent to prison after finding treasure worth around $6million NZD.

The pair were sent to prison for nearly 20 years because they failed to notify authorities about their find.

Some of the coins and jewellery found in farmland in central England were more than 1100 years old.

George Powell, 38, and Layton Davies, 51, made the find while using metal detectors on a farm in Leominster, central England.

British law requires that such discoveries must be declared to the landowner and reported to the local authorities.

But the men kept the find to themselves and began to sell the coins to the market.

Powell was jailed for 10 years and Davies for 8 and a half years.

Dude that is so weird the police should actually be greatful.

sad they got arrested

For real 20 years, just for not telling someone u have some jewellery

That is just sad. It really does not mean that the treasure belongs to the landowner, does it? But the two men should not have been on the person’s land anyway.

They can sell if they want. Why is this illegal?
That is not very fair. Life is like a parent
watching you or the government punishing
you if you do someone pointlessly innocent.

that was very sad that they have to go to jail for 20 years!

that is illegal to keep a historical find and not giving it to the goverment.

What happens if you find a bottle cap and go to jail for not telling the land owner about your find.

lucky but unlucky at the same time