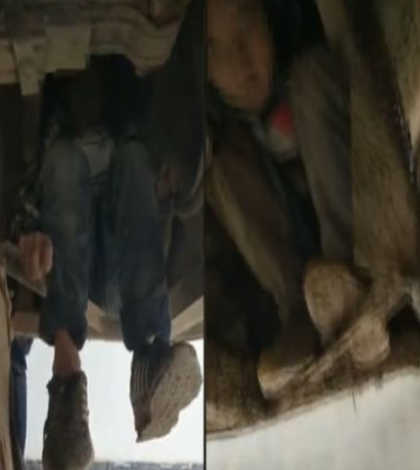 Two Chinese boys travelled 80km in the undercarriage of a bus.

The two boys are from a poor village in southern Guangxi, and had been trying to reach their parents, who work in neighbouring Guangdong province.

They were reported missing on 23 November by their teacher, and found on the same day in the undercarriage of a vehicle at a bus station.

The boys were “around eight or nine years old” and were found by security workers when the vehicle stopped at a station en route. They had travelled for about three miles along “steep slopes” and staff spoke of their “surprise” to find that they were unharmed.

Woah they were trying to reach their parents that’s amazing 😲

wow those boys are awsome

Wow these boys are desperate.

hope they get home

they must be brave

wow their backs must of hurt

Hope they are all right what people do these days to get to there parents I would do the same.

I feel really sorry for these boys. Around eight or nine years old?! I hope that they were re-united with their parents in the end.

Wow they are good

I am glad that they were unharmed and found

It’s great that they weren’t hurt!

these kids are crazy.