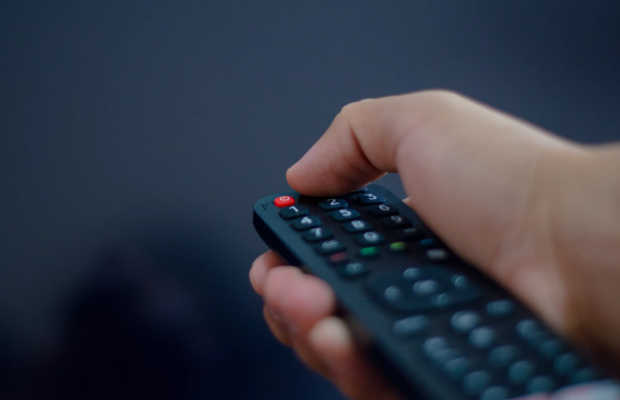 Most kids today are plugged into devices like TVs, tablets, and smartphones well before they can even ride a bike. Technology can be part of a healthy childhood, as long as this privilege isn’t abused. But too much screen time can be a bad thing. Let me tell you, the list of reasons why is looooong.

That’s why it’s so important for parents to keep tabs on their kids’ screen time and set limits to ensure they’re not spending too much time in front of a screen. But now that we are getting older and have the equivalent of TV on our phones and laptops anyway, its actually time that we ensure this for ourselves! Teens up to 18 years should be limiting our own screen time, including TV, social media, and video games.

Now I know this isn’t easy. I am hugely guilty of enjoying a Netflix binge-watching session. Now that we don’t have to wait week-by-week for a lot of our favourite shows to come out and can instead watch them in one sitting, it can be hard to resist the temptation. So when I talk about watching TV, don’t think about sitting around the living room with your family once in a while to watch a movie… Think about any time you are watching videos on a screen. Studies even show that teens watch about twice as much Netflix as live TV, and they watch even more YouTube.
But let’s make this positive! Reducing your TV time increases benefit in other areas of your life. The first benefit is weirdly simple: You won’t sit as much. You were not to intended to sit for as long as you do while watching TV, so you will be standing and active more. Secondly, your brain will become healthier! The negative mental consequences of staring at an electronic screen include decreased memory, a weakened ability to plan, organize and take action, and weaker brain functioning. Thirdly, and my personal favourite, you will find out you have a LOT more free-time than you thought!

If you take out the nearly 34 hours a week that television generally takes up, you will have more than 1 full day of extra time on your hands.
I would argue ditching some of your TV time allows better opportunity to make up your own mind and stop feeling inadequate about yourself. Television is a one-way form of communication. People you have never met, with views vastly different from yours, create the content that you consume. Watch enough TV, and you begin to lose the ability to form your own thoughts, opinions and beliefs. TV creates unreal unrealistic expectations. Most human beings are not perfect, but that is how television paints the world. Television advertisers want you to feel inadequate, so you will purchase their products. Trust me, the less you allow this information to be thrown at you, the less you will feel you need what they are promising.
Now just don’t ask me about how much time I spend on social media… That’s a story for another day.

Critical Thinking Challenges:
1. Do you believe there are positive and beneficial reasons for watching TV? Why?
2. If you think TV should be limited for ALL kids, not just the ones who choose to themselves, think of three ways to make this issue.
3. Think about the role of parents in encouraging less TV time. Is it up to them, or to the kids themselves?

Practical Tasks:
1. Ask your friends how much TV they watch and how much they think it affects them.
2. This week, instead of watching TV, think of something else to do. Like sport, reading a book, some craft or activity. If it goes well you could make it permanent!
3. Research the positives and negatives of being a kid who watches A LOT of TV. What are the short and long term effects?

Shem Banbury is the Editor of Kiwi Kids News and is the Leader of Learning of Year 7/8 at Aquinas College, Tauranga. In his spare time, he likes to train and compete in long-distance triathlons.
Subscribe
9 Comments
Oldest
Newest Most Voted
Inline Feedbacks
View all comments

you’re making us go on devices to read these articles

I think their should be a limit time to watch TV

I think kids should do what they want

I agree, when I’m not lounging around I go into town with mates or bake.