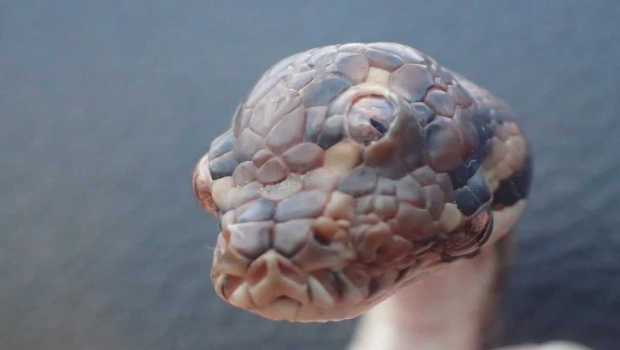 A rare thee-eyed snake has been found in Australia.

Australian wildlife authorities have shared photos of the snake.

It was found on a highway in the Northern Territory. It was found near the town of Humpty Doo, about 35km from Darwin.

The snake is about three months old and 40cm-long when it was found by rangers.

The snake has become Facebook famous, with photographs of it uploaded to the service’s page attracting thousands of likes and comments.

this is really epic

Where is the third eye

I never knew there was such a thing! XD

This is extraordinary. What a find!

That is so weird

Wow wow that so fake

third eye on the bottom right of neck

Woah that is sooo cool!
BTW the third eye is kind of under the snakes chin, on the right.
SO WEIRD

dose it come from a different planet

I love snakes so much🐍

That snake is illegal

the 3 eye is under the chin

ok that is pretty awesome

the eye is under the eye to the right

the bottom of the snake to the right side.

It is on the bottom of its mouth