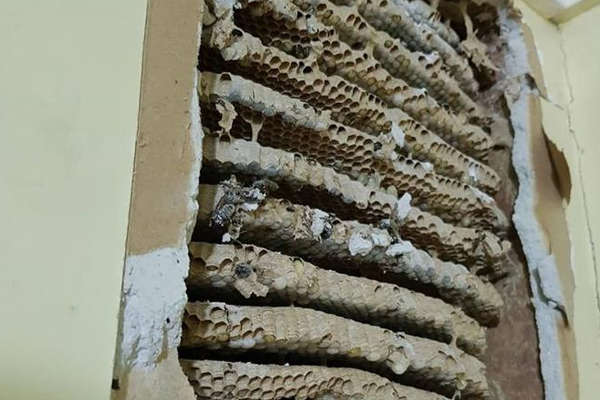 A Huntly woman has discovered thousands of wasps living in her walls.

Karla Ferguson had seen wasps in her kitchen so she decided to get an exterminator in to check it out.

When they fumigated and put a hole in the wall they found between 5000 and 7000 wasps.

Experts believe that the wasps had probably been there from October last year.