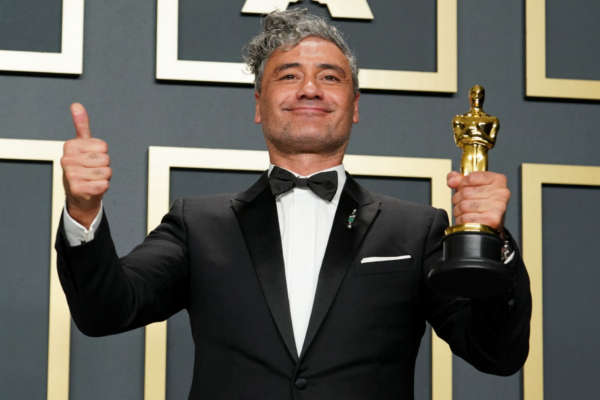 Kiwi filmmaker Taika Waititi has won an Oscar for his film Jojo Rabbit. He won the award for best-adapted screenplay.

The Oscar for the filmmaker was handed out at the 92nd Academy Awards held in Hollywood.

R&B singer Janelle Monae started the ceremony with the star-studded audience dancing in the aisles with her spirited opening number, Come Alive.

She was followed by comedians Steve Martin and Chris Rock who got the crowd rolling in the aisles with funny welcome.

For New Zealand audiences Waititi won his award early on. He gave a heartfelt speech, thanking his mum and then dedicating the award to indigenous kids around the world.

“I dedicate this to all the indigenous kids in the world who want to do art and dance and write stories, we are the original storytellers and we can make it here, as well”.

Moving onto the big awards, the night belonged to South Korean director and screenwriter Bong Joon-ho whose movie Parasite won the main awards.