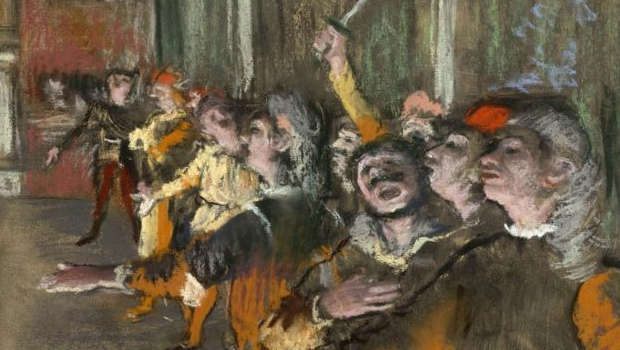 A Degas painting stolen from a Marseille museum in 2009 has been found on a bus near Paris.

French culture minister, Françoise Nyssen, said the artwork was found in the luggage compartment of the bus that was stopped in a motorway service station.

Experts confirmed it was Les Choristes, a pastel painting said to be worth $2million NZD.

None of the passengers admitted to owning the painting and at this stage no one has been arrested.

The work was stolen from Marseille’s Musée Cantini in 2009. It had been on loan from the Musée d’Orsay in Paris.

The pastel artwork dates from 1877.

It was you I was the bus driver

So that painting might have been in there a while, wondering if it’s still worth millions because it might have gotten messed up if been missing for 9 years

Wow!! After all those years they finally find it!

lucky you found it.

Who is the person who stole the painting???