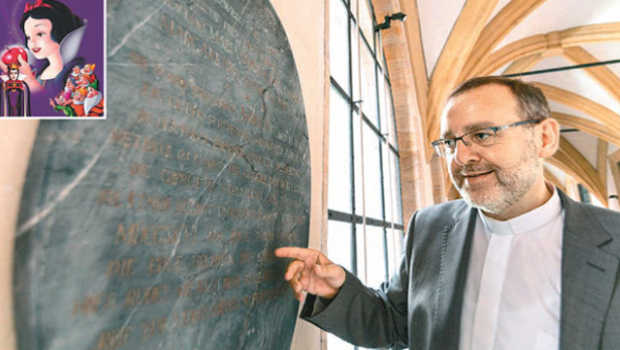 Has Snow White’s grave been found?

The long-lost gravestone of a 18th-century baroness believed to be the inspiration for the fairy tale “Snow White” has been found in Germany.

The gravestone was considered lost until it recently re-emerged privately and was handed over to the Diocesan Museum.

The gravestone is now on display in the museum.

Who was Sophia Maria von Erthal?
Born into an aristocratic family in 1725, von Erthal was the daughter of Prince Philipp von Erthal, who owned a mirror factory.

The baroness, who went blind, died in a Bamberg monastery in 1796.

what that is crazy

that is just cool

This is so cool!

Are u sure that is real?

Wow I thought that it was just a movie

this is so crazy

So it wasn’t a movie!

so does this mean that snow white is real

i thought it was all made up