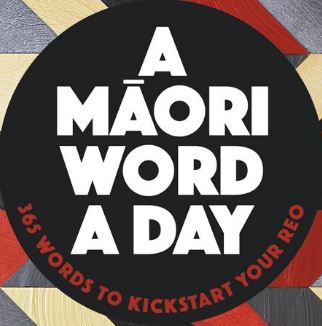 Should te reo Māori be compulsory in schools?

It’s an exciting time not only for Māori but for all New Zealanders. Our growing recognition of the Māori language and culture is the result of decades of Māori development by many past and present Māori leaders. In the midst of all the excitement is a growing debate around making the Māori language compulsory in New Zealand schools.

So how do our government and leaders feel about this? It turns out they are pretty uncertain on the question of compulsory te reo Māori in schools. Under article two of the Treaty of Waitangi, the government pledges to protect “taonga katoa” (all treasured things). One of these things is te reo Māori, one of three official languages of New Zealand. The current government have spoken of ‘integrating’ and ‘normalising’ te reo Māori and have pledged 1 million speakers of te reo by 2040, but have avoided the term ‘compulsory’. At the moment it seems to be pretty much agreed across the board that New Zealand does not have the teachers or resources to make te reo a core subject in schools right now. But that doesn’t mean we shouldn’t set goals to work towards. Even though some leaders are putting it in the too-hard-basket or simply don’t want to do it, others are prepared to do the mahi to get there.

Many have argued while it would be great to see people picking te reo up as an option, that integration is more realistic than compulsion. While it is important to get children into te reo at an early age, If New Zealanders want to learn it is up to them so long as the opportunity is there. Others have said people need to choose to speak in their homes and communities – it has got to come from within. However, to me, simply offering the choice is not enough for the language to thrive. Until the Government puts a line in the sand, schools won’t get the proper resourcing and capacity they need to teach te reo. We need to make this a goal.

Unfortunately, it is inevitable there will be many old-fashioned, elderly members of Parliament who are set in stone on the issue, claiming there is no value in learning te reo. However, if we move the debate away from a focus on race and culture, maybe we can discuss the productive education outcomes from learning the Māori language. Ironically, one of the most compelling reason for making the Māori language compulsory in schools has very little to do with the Māori language at all, and even less to do with Māori culture. A large benefit is the advantages of bilingualism — that is, the increased ability children have to process knowledge and develop understanding when they are able to speak a second language. Weirdly, that’s where the focus of this debate should be. It’s an outcome that works for everyone, regardless of their background, or even their ability.

But why te reo Māori? A common argument raised against making te reo Māori compulsory in schools is the status of the language itself. Why not learn a language that’s more widely spoken, and of more “value”? Well, quite simply, they’re really difficult. Te reo Māori is one of the easiest languages in the world to learn because the sounds generally stay the same no matter how the letters are grouped. For children who speak basic English, the transition into learning a basic language like Māori is easy. It makes sense to choose a language that’s much easier to learn. Not to mention a language that has a significant legal status and cultural importance in this country. Another awesome benefit is that normalising te reo makes learning more inclusive for Māori children, thus part of our commitment to the Treaty of Waitangi. Once we have the resources available, it seems there is no good reasons left to resist embedding the Māori language into our education system.

Shem Banbury is the Editor of Kiwi Kids News and is the Leader of Learning of Year 7/8 at Aquinas College, Tauranga. In his spare time, he likes to train and compete in long-distance triathlons.
Subscribe
0 Comments
Inline Feedbacks
View all comments