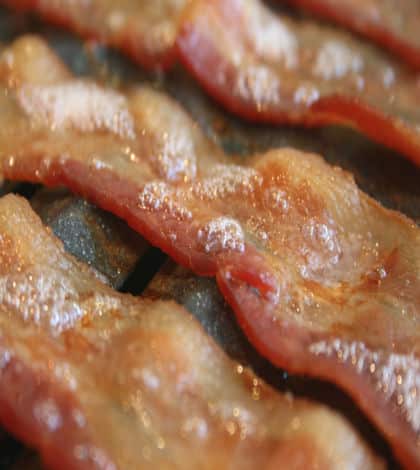 Ready for a world with low-fat bacon?

The study found the pigs produced a leaner meat and were better at surviving colder temperatures.

A tool like CRISPR opens the door to significant advancements in gene editing. Tools could be used to create not only more resilient animals like pigs, but food like fruits and vegetables.

However, use of tools like CRISPR carry ethical concerns, said Jennifer Doudna, a professor at the University of California—Berkeley.

“CRISPR is a profoundly powerful tool and we must ensure that the public has a strong voice in how it is used,” said Doudna.

WOW, that is cool! I wish I had access to that tool. 😉

I hope it tastes good

I LOVE BACON AND THIS IS LEDGENDARY

I wonder how they make low fat pigs it sounds impossible?
?!?!?!

Guest
Best Gamer In The Universe

This is good since I love bacon

doesn’t the fat make it good?:|

Bah,I bet it tastes like plastic!
I want REAL meat!

fat is good for us

fat bacon is good for the human race

Plastic bacon for the days