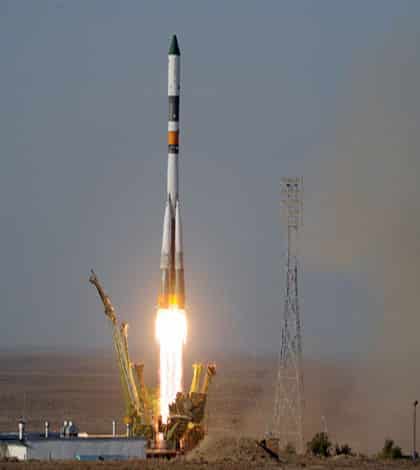 Russia has sent another space craft into space on its way to the International Space Station.

The Soyuz aircraft blasted off in spectacular fashion over the weekend from its launch pad in Kazakhstan.

The rocket lifted off at exactly 3:17 am local time, entering orbit about 10 minutes later.

The spacecraft was carrying two Russian astronauts and an American and arrived at the Space Station 6 hours after lift off.

The three of them are expected to stay in orbit for six months.

Below is the video of the space craft docking with the International Space Station.

Who were the two Russian people?

I wonder what they are gonna look at, 🙂

Guest
Your phisicly abusing me

My dad was in that rocket. Nah just kidding. Lol