Rare stamp to be auctioned 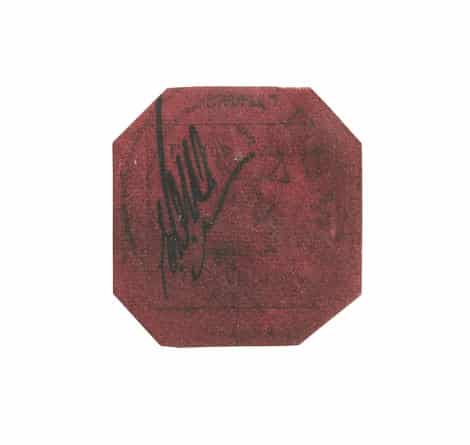 A one cent Magenta postage stamp is up for sale and is expected to sell for a record $10 US million – $20 US Million dollars at auction.

The stamp was printed in British Guiana in 1856 and is the only one of its kind believed to exist.

The stamp is being sold by the estate of the late John du Pont who died age 72 in Pennsylvania prison in 2010.

The auction date for the stamp is set for the 17th of June in New York.

The stamp was exhibited at a stamp show in Chicago in 1986 and has not been on public view since.

Very expensive why that expensive? From Tyler

How many Magenta stamps are left in the world?

Wow that is one very expensive stamp.
It’s so expensive because its so old
and there’s none of it’s kind left. From Hayden

it looks so weird

WOW a stamp for 10-million dollars!

Wow that is a very old stamp!! Cool.