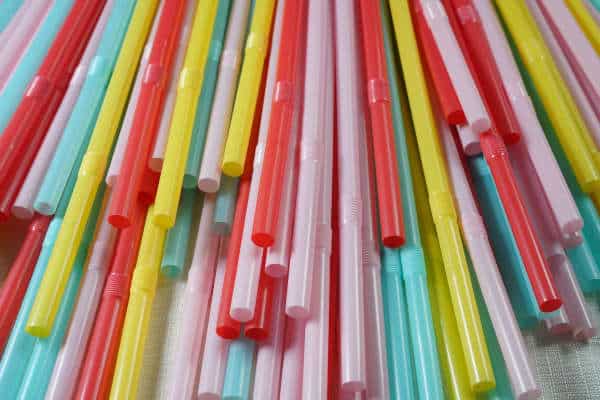 Plastic straws are bad. Most people use them once, then throw them out. Then by some unknown force of evil, many end up in the ocean. Plastic breaks down into microplastics, then fish, seabirds and turtles eat them thinking they’re a yummy little snack. Some people know how terrible plastic straws are, but many are unaware or don’t care, and use them in their daily life.

Some people actually do need straws. Many people with disabilities, or people that are unwell in hospital, truly need plastic straws to drink safely. But in New Zealand alone, we use around 200 million plastic straws every year. That is way too many! New Zealand is actually one of the worst nations in the world for wasting plastic.

We throw away an average of 159 grams each, every day. In Wellington, some restaurants use up to 800 straws every week! Frustratingly, plastic straws are one of the most commonly found pieces of rubbish on our beaches. Sustainable Coastlines, a New Zealand environmental charity, have collected over 65,000 plastic straws in the last ten years on the beaches of Aotearoa. In a recent study, researchers found that there are as many as 8.3 billion plastic straws on the world’s beaches! Over lockdown last year, our neighbours took part in a beach clean up. We collected over three bags of rubbish, including plastic straws and lots of microplastics.

When our class visited EcoSort in Christchurch this year, we found out that anything smaller than a yogurt pottle goes to landfill. Plastic straws are a problem because people are putting them into the recycling and they cannot be recycled here in Christchurch. They are actually almost impossible to recycle so they usually end up in landfill, or worse, in the sea. Unacceptably, many plastics take as long as 200 years or longer to decompose!

On cross country day this year, I went to Coupland’s Bakery in New Brighton after school. I was desperately in need of a slushie to quench my thirst. I felt really disappointed and saddened to see that Coupland’s had plastic straws, and that there were no other options available. I decided to take my cup of slushie home and use our metal reusable straws instead. This motivated me to write a letter to Mr. Lance Coupland, the managing director of Coupland’s Bakeries Ltd.

I was determined to make a change so I started a petition at my school and in my neighbourhood. The petition asked for Coupland’s Bakeries to become more environmentally friendly. I collected over 100 signatures and posted the petition and letter to Mr. Coupland at the head office in Christchurch. I hope to encourage them to change their ways and think about their decisions and their use of plastic. My petition showed that lots of people do care for the environment and are wanting Coupland’s, and other companies, to improve.

Coupland’s could switch to paper straws as many businesses in the food industry have decided to stop using plastic straws. Some cities and countries have already banned plastic straws altogether. McDonald’s has started to change to paper straws and even the Queen of England has decided to stop using plastic straws at her royal estates! I visited Coupland’s Bakery and talked to some of the staff about their plastic straws. They said that Coca-Cola provides the stores with the straws for the slushie machines. They said that they are not very happy about how much plastic packaging Coca-Cola sends them and they would prefer paper straws in the stores.

I had the opportunity to speak to Kathy McClelland, Coupland’s Quality Assurance Coordinator. She informed me that they had been speaking to their marketing team because of my letter and petition. They are waiting for more information from their supplier about changing to paper straws. She also mentioned that they’re looking into changing the trays for the slices and biscuits to a #1 P.E.T. plastic so they could be recyclable (currently #6 E.P.S. ). The numbers that can be recycled in Christchurch are #1, #2 and #5. Kathy also said they have had lots of people emailing Coupland’s because they were unhappy about their use of unrecyclable plastics.

The New Zealand government announced earlier this year they would be banning single use plastics, including plastic straws. Unfortunately, they are phasing them out between 2022 and 2025. That’s a whole four years and 25,000 more plastic straws could end up in the ocean and on our beaches. To help make a positive change, Wellington Council is planning to buy paper straws to distribute around cafes, restaurants and bars, so they can trial being more environmentally friendly. This is a great step, and many businesses have now signed the New Zealand Plastic Packaging Declaration.

Countdown’s general manager, Kiri Hannifin says, “Seeing images of turtles with straws coming out of their nostrils is confronting and although straws account for a small part of marine pollution, they cause significant harm.” It is awesome that so many companies are trying to improve and change their ways by signing this declaration.

Plastic straws are not sustainable for our environment. The production and irresponsible consumption of them needs to stop. Plastic straws also have a negative effect on life below water. I have made an impact by petitioning and contacting a local business to encourage positive change. There is hope for the future. Coupland’s have told me that they are trying to change, and Coca-Cola has signed the declaration to eliminate non-recyclable packaging. So hopefully they will both be bringing in recyclable options and paper straws. While it’s clear plastic straws have a bad influence on the environment, some people do need them so they can’t be completely banned at this point. After researching this issue, with the government’s announcement to phase out single use plastics, plus many businesses trying to become more environmentally aware, I feel almost positive He rā ki tua, better times are coming.

plastic straws are a danger to the planet . thats why we recycle the the soft plastics