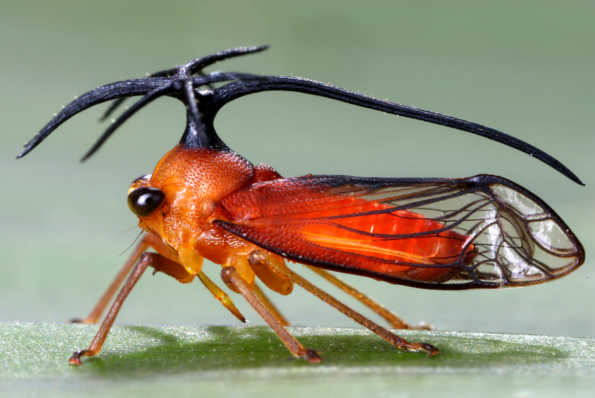 A news species of tree hopper has been named after Lady Gaga.

The newly discovered treehopper species will officially be known as Kaikaia gaga.

He chose to name a new treehopper species after Lady Gaga to improve awareness of this unique but relatively unknown family of insects.

Treehoppers include some of the most spectacularly beautiful and often quite bizarre bugs on the planet. They have long fascinated biologists who are intrigued by their unusual “helmets.”

Lady Gaga has yet to respond to the news. Morris hopes she’ll take it as a compliment, finding admiration for K. gaga‘s “fierce, purplish face” and striking “‘shoulder pad’ horns.”

Yeah but, where exactly was it found?

I found this article really interesting, a question I have is who discovered it?

why is it named after lady gaga?