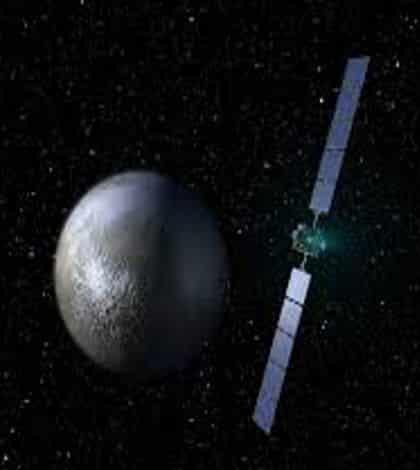 A NASA space probe has slipped into orbit around Ceres, a miniature planet that lies just beyond Mars and is believed to be left over from the formation of the solar system.

The Dawn Probe mission will spend 15 months mapping the surface of Ceres in the hope of discovering how the solar system began four and a half billion years ago.

Ceres is the first of the dwarf planets to be visited by a spacecraft.

The Dawn Probe has taken 7.5 years to reach its destination of the orbit around Ceres. It has passed behind the dwarf to its “dark side,” the side that does not face the sun.

Over time, the plan is to lower the orbit until the probe is just a few hundred km above the surface. By that stage, it will be returning very high resolution pictures which help aid research.

wow that is shocking

I just love this article because I am a fan of space! I just want to discover other planets and the universe.