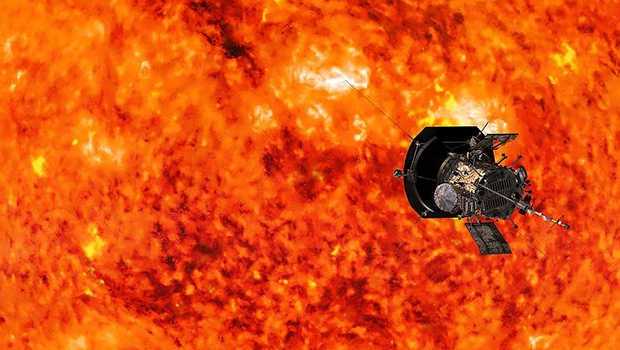 NASA has successfully launched its mission to send a satellite closer to the Sun than any before.

The Parker Solar Probe rocket lifted off from Cape Canaveral, on Sunday evening.

The probe is set to become the fastest-moving manmade object in history.

Its goal is to provide data about the Sun’s behaviour.

It is the first spacecraft to be named after a living person – astrophysicist Eugene Parker, 91, who first described solar wind in 1958.

What will the probe do?
The probe aims to dip directly into our star’s outer atmosphere, or corona.

It will zip past Venus in six weeks and make the first rendezvous with the Sun a further six weeks after that.

Over the course of seven years, Parker will make 24 loops around our star to study the physics of the corona, the place where much of the important activity that affects the Earth seems to originate.

The probe will dip inside this tenuous atmosphere, sampling conditions, and getting to just 6.16 million km from the Sun’s broiling “surface”.

It will also be the fastest human-made object ever, travelling around the Sun at speeds of up to 690,000km/hr. That is the same as traveling from Tokyo to New York in one minute.

Shem Banbury is the Editor of Kiwi Kids News and is the Leader of Learning of Year 7/8 at Aquinas College, Tauranga. In his spare time, he likes to train and compete in long-distance triathlons.
READ MORE articles by this author
Subscribe
15 Comments
Oldest
Newest Most Voted
Inline Feedbacks
View all comments

wonder how that goes

i wont to see that

so hot and cool I love it

I think that it might burn up before it actually reaches the sun. But it is worth a shot.

That is so cool when do they do it?

Wow! Our Technology is great!

yay we’ll know how close we are to dying.

how is it not catching on fire.