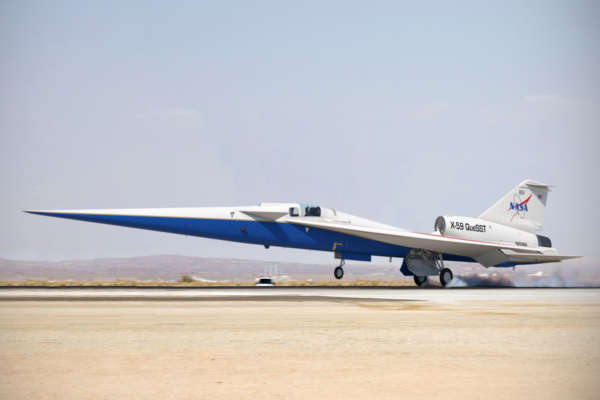 NASA is building a supersonic plane out of old parts.

The QueSST is being designed as a project to develop commercial airliners capable of flying supersonic speeds without causing headaches for people living on the ground.

The plane is currently under construction at the Lockheed Martin Skunk Works factory in Palmdale, California.

In order to keep costs down, NASA is re-using parts from older retired jets including;
– landing gear from an Air Force F-16 fighter
– a cockpit canopy from a NASA T-38 trainer
– a propulsion system from a U-2 spy plane
– a control stick from an F-117 stealth fighter.

Using parts from existing aircraft reduces cost, risk, and construction time. Check out the video below.