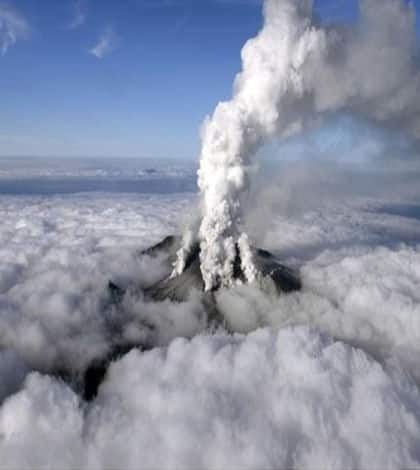 Two weeks ago, the Japanese volcano Mount Ontake erupted causing huge plumes of ash and stones to fill the sky.

Officials warned those residing within 4km of the mountain to beware of debris caused by the huge eruption.

A woman who runs a lodge near the summit of the 3000 metre high mountain said, “It was like thunder. I heard boom, boom, then everything went dark.”

Over 150 people were trapped in buildings near the summit of Mount Ontake after the eruption.

It has been confirmed that 55 people are dead as a result of the eruption. Rescuers are still trying to make their way through the deep swamp of volcanic ash to find those still missing.

Early after the eruption, the layer of ash was 15cm thick and increasing rapidly. Some rescuers were even sinking into the ash as deep as their chests.

wow that must be really scary

that is soooo SCARY

that is really scary for the people in the area:(:(:(

this is a very scary article did the people live

this is the scariest story i have ever seen i

it was a tragic experience for those people i wish this was never going to happen.if it had happened in ice land it was good cause there is ice.

I hope all those people that past away will be reminded.

You know that Mt Fuji is a volcano and it will go BOOOMB very soon….