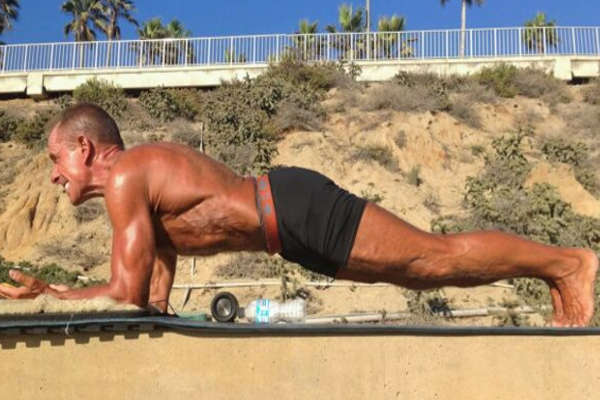 Former Marine George Hood has reclaimed the male Guinness World Record for the longest time spent in the plank position.

After reaching the new record Hood celebrated by doing 75 pushups.

Guinness World Records certified Hood’s record in Illinois, but he’s planked even longer in the past. He has completed a 10-hour plank certified by a different organization.

With the publicity surrounding his achievements, Hood hopes to raise mental health awareness.

such a weird thing