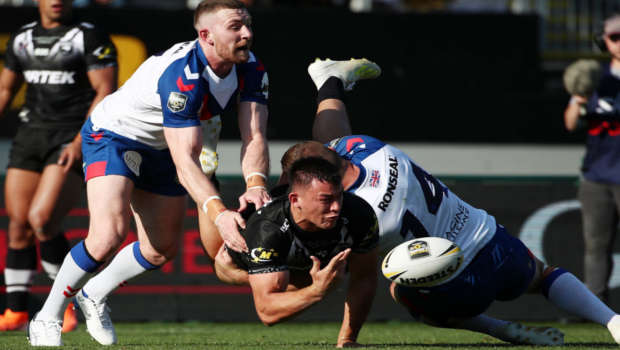 Great Britain had the better of the first half but went in drawing 2-2 at the interval.

Those tries were enough for the Kiwis, despite Daryl Clark’s reply.

Jermaine McGillvary almost had a chance to score in the final moments, but Kenny Bromwich produced a stunning last-ditch tackle.

In the other game a Tongan invitational XIII claimed a slice of history when they beat world No.1 Australia 16-12.

The victory comes a week after Tonga upset Great Britain, and two years after they also knocked off New Zealand during their fairytale run in the 2017 World Cup.