India is the seventh largest country in the world, slightly bigger than one third of the USA. The country is located on the Asian continent. The Himalayan mountains are located in the North of the country while the country on the peninsula is surrounded by the Indian Ocean. India has some the world’s highest mountains and is home to many large mammals such as the snow leopard, the Indian rhinoceros, the Bengal tiger or the Asian elephant.

As India is the second most populated country in the world it has many big cities. However, about two thirds of the population still live-in rural areas. This can pose many challenges for the kids in India when it comes to their education and there is often little the Government do to solve this issue. In fact, there is an argument to be made that Indian schools are failing their students.

India’s education policy has gone dangerously off track since the implementation of the 2009 Right to Education Act. The law, which was designed to guarantee a good education to all Indian children between the ages of 6 and 14, was hailed as a landmark reform. But six years on, school enrolment has hardly improved, and actual learning has sharply deteriorated.

With 41 percent of its population under the age of 19, according to the 2011 census, India is relying on the young to secure their nation a successful future. But its public schools — where 70 percent of all children study — are not up to scratch. In the 2009 PISA survey of the reading, math and science abilities of children in 74 countries, India ranked second-to-last, beating only Kyrgyzstan. Since then, it has refused to participate in the survey.

Since the implementation of the RTE Act, total enrolment in public schools has fallen by 11.6 million students. By the beginning of the 2014-15 academic year, nearly 97,000 public schools in India had 20 or fewer students. Raising the quality of government schools can have massive positive effects on learning outcomes for students, and therefore needs to happen quickly.

To me, it seems that India must reorient its education policy to focus on improving students’ learning levels. Otherwise, it risks squandering the life chances of millions of children, as well as the entire country’s prospects at further economic progress.

With 472 million children, India has the largest child population in the world, and recent research shows they around 40 million children from poor families have been impacted. Covid-19 has made everyone’s lives harder, maybe it’s time for the Government in India to make access to a quality education easer for its school students. 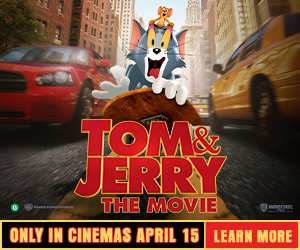