Is this the Loch Ness Monster? 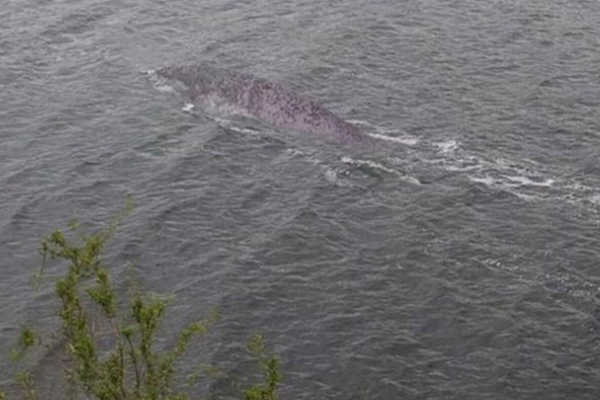 A new photo has surfaced on Facebook that might show the Loch Ness monster is in fact true.

Steve Challice, from Southampton, took the shots from the bank of the Loch Ness when visiting Urquhart Castle recently.

While taking photos, Challice spotted what he thought was a big fish trailing through the water.

Challice said he captured the creature on camera once. He said it was about 2.5 metres long and he was standing 9 metres from the lake when he took the photo.

The image has been shared online where he hopes someone will be able to identify it. He believes it was something mundane like a catfish or seal.

Challice said he doesn’t believe in the Loch Ness monster and there must be a non-mythical explanation for the sighting.

What is the Loch Ness Monster?

The Loch Ness Monster, also referred to as Nessie, is a supposed animal, said to live in the Scottish loch of Loch Ness.

Loch Ness is the second biggest loch in Scotland.

Most scientists believe that the Loch Ness Monster is not real, and they say that many of the seeings are either hoaxes or pictures of other mistaken existing animals.

However, a popular theory among believers is that “Nessie” is a plesiosaur, an extinct meat-eating aquatic reptile.