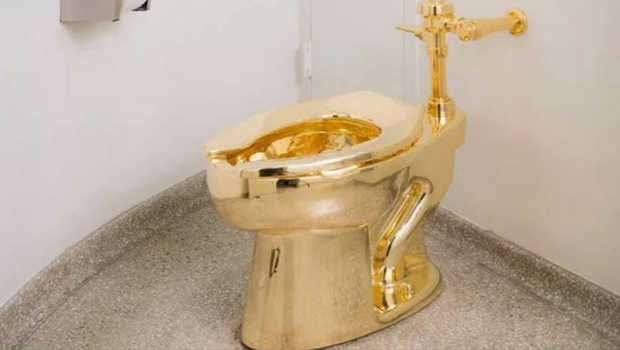 An 18-carat solid gold toilet has been stolen from Blenheim Palace in England.

The toilet was stolen by a gang who broke into the Oxfordshire palace. They also stole a number of valuable artworks.

The working toilet has not been found but a 66-year-old man has been arrested.

The burglary caused “significant damage and flooding” because the toilet was plumbed into the building, police said.

The gold toilet was famously offered to US President Donald Trump in 2017.

The arrested man is now in police custody.

I want a golden toilet

what is the point of having a golden toilet?

Why would someone do that!?

I want it now I would be world famous

That is just weird

that is so awsome

wow
that is Interesting

WOW! golden toilet I want it!

WOW! a golden toilet so COOL! I want it

Wow now this truly is some odd stuff

I want that so bad