What is going on in Gaza? 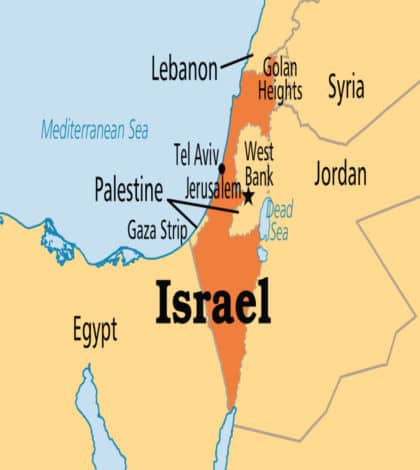 Israelis and Arabs have been fighting over Gaza on and off, for decades. It’s part of the wider Arab Israeli conflict.
After World War II and the Holocaust in which six million Jewish people were killed, more Jewish people wanted their own country.

They were given a large part of Palestine, which they considered their traditional home but the Arabs who already lived there and in neighbouring countries felt that was unfair and didn’t accept the new country.

In 1948, the two sides went to war. When it ended, Gaza was controlled by Egypt and another area, the West Bank, by Jordan. They contained thousands of Palestinians who fled what was now the new Jewish home, Israel.

But then, in 1967, after another war, Israel occupied these Palestinian areas and Israeli troops stayed there for years. Israelis hoped they might exchange the land they won for Arab countries recognising Israel’s right to exist and an end to the fighting.

Israel finally left Gaza in 2005 but soon after, a group called Hamas won elections and took control there. Much of the world calls Hamas a terrorist organisation.

It refuses to recognise Israel as a country and wants Palestinians to be able to return to their old home – and will use violence to achieve its aims.

Since then, Israel has held Gaza under a blockade, which means it controls its borders and limits who can get in and out.

Life in Gaza
Life for the many of the 1.5 million Palestinians who live in the Gaza Strip is difficult.

Israel controls its coastline and all the entry and exit crossings into Israel. There is another crossing point into Egypt. There is no working airport. Because access is so restricted, not many goods get into or out of Gaza. Food is allowed in, but aid agencies say families are not eating as much meat or fresh vegetables and fruit as they used to. There are often power cuts.

Large numbers of people are unemployed because businesses can get very few of their products out of Gaza to sell, and people don’t have much money to buy things.

During the 1948 and 1967 wars hundreds of thousands of Palestinians left, or were forced out of, their homes and moved to neighbouring countries to become refugees.

More than 4.6 million Palestinians are refugees and their descendants, many living in camps in the West Bank, Gaza Strip, Syria, Jordan and Lebanon. They get help from the United Nations.

Violence in Gaza
Though the Palestinians don’t have an army, rockets are regularly fired from Gaza into Israel. Israelis living in border towns are used to having to take shelter and adapting their lives to deal with the rockets.

In the years since Israel withdrew its troops in 2005, Gaza has seen several Israeli offensives. Israel says these were aimed at putting a stop to rocket fire.

In 2008, Israel sent soldiers into Gaza. An estimated 1,300 people, many of them civilians, were killed in Gaza before a ceasefire was declared; 13 Israeli soldiers also died.

In 2012, at least 167 Palestinians and six Israelis were killed during an Israeli operation. After eight days a ceasefire was declared with both sides promising to stop attacks.

Most recently in July 2014, Palestinian authorities said over 200 people were killed by Israeli air strikes and many more injured. Israel says more than 1,100 rockets were fired from Gaza, seriously injuring at least four Israelis, with one Israeli man killed.

Other countries, particularly America, have worked hard to settle the fighting between the Arabs and Israelis but so far nothing has worked. Many people want Gaza and the West Bank to be turned into a new country – Palestine.

Israel won’t agree to this unless it feels safe – and Hamas accepts its right to exist. The other sticking points are what will happen to Israelis who’ve settled in the West Bank, who will run Jerusalem and what will happen to the Palestinian refugees.

When are these two countries going to stop FIGHTING