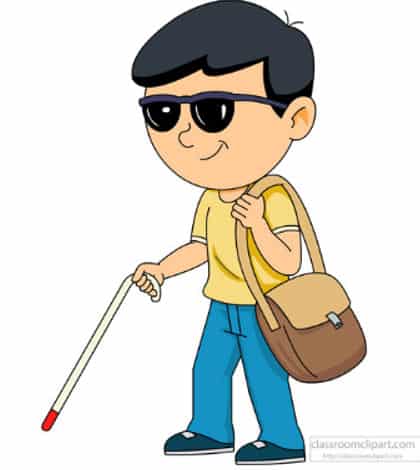 His mum, Kerry Moore, had tried ophthalmologists and pediatricians in an attempt to find the cause of her son’s increasing blindness.

Nobody had an answer.

Then Moore’s parents saw  Sydney ophthalmologist Stephanie Watson. She diagnosed him with vitamin A deficiency.

Since he was five or six, Cian’s fussy eating habits – nothing except chicken, potatoes, dry bread and Coke – had left him so malnourished he was going blind.

Watson had become familiar with the phenomenon from her time working in Kenya as a medical student, and it was the fourth case she had encountered in Australia.

But often the cases were missed because the patients did not look skinny or malnourished.

Vitamin A deficiency is the most common form of malnutrition leading to blindness worldwide, but it is rare in Australia and New Zealand.

The vision in his right eye has almost completely recovered, but the damage to his left eye is permanent.

He has also started to eat his vegetables!

Oh no i will have to stop eating pizza 🙁

Really I never knew that

That would be annoying

so everyone it is good to eat your vegtables see

That is quite sad but I am happy to hear that Cian is recovering well, best wishes for all.

DON’T DRINK TO MUCH COKE

My friend is fussy like that, I hope she doesn’t go blind

this can’t be true

Hope his vision cleared up.

Oh no im a fussy eater!