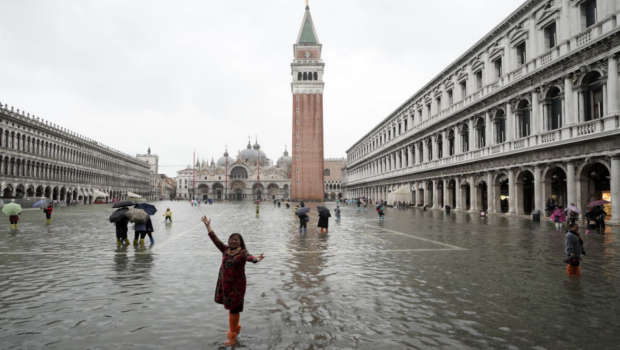 Flooding has hit the European city of Venice.

This week another exceptionally high tide swamped the Italian city.

Three of the worst 10 floods since records began in Venice, nearly a hundred years ago, have now happened in the last week.

The major tourist site of St Mark’s square was closed on Friday after strong storms winds and rising water.

Schools, shops and homes have also been affected in the city.

Last week’s tides caused huge damage to the city with authorities saying it about 80% of it was underwater.

Venice is one of the world’s most famous cities.

It’s a Unesco World Heritage Site, has 50,000 people who live there and gets 36 million visitors each year.