Fire breaks out in Sky City 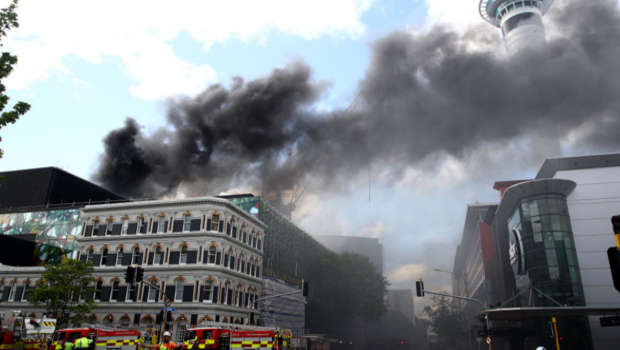 Large flames engulfed the top of the building just after 1pm this afternoon – starting on the seventh floor before spreading to the sixth.

The fire started in the roof cavity and it’s been difficult for firefighter’s to get inside the building and to the top.

St John says one person has been admitted to Auckland City Hospital in a serious condition.

SkyCity has evacuated its entire Auckland area, with people forced to leave the Sky Tower, casino, all SkyCity hotels and restaurants and corporate offices.

wow how did this happen

it is really bad

wow i wonder who caused it

Wow I can’t believe it!, wait is the Amazon rain forest still going?

I hope no one got hurt.

what caused the fire to happen

How did the fire start ?

This is auckland’s darkest hour

That was so sad, I was there as well

I know who started it

so sad my school is near there

That’s so sad that the person was admitted to Auckland City Hospital.

Oh that is so cool