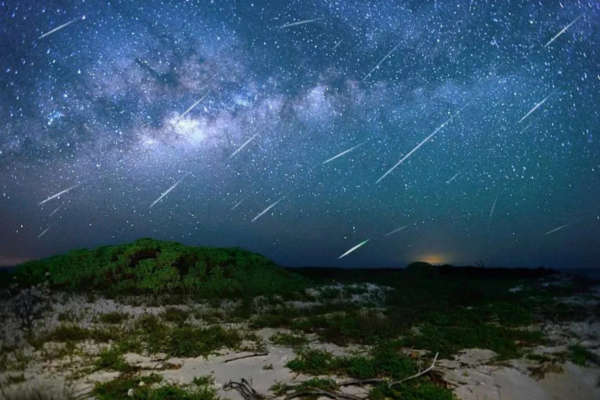 A major meteor shower has come close to planet earth.

The meteor show is called the Eta Aquarid and it provided one of nature’s biggest firework displays early on Wednesday morning.

The only catch is that the full moon was too bright, making the meteor shower more difficult to see.

What is the Eta Aquarid meteor shower?

According to Nasa, the Eta Aquarids are little pieces of rock that have fallen off Halley’s Comet.

Halley’s Comet is a well-known comet that is visible from Earth approximately every 76 years.

As the famous comet raceed around the Sun, its rocky body crumbles under the star’s intense heat. The bits that fall off are then left drifting in the space rock’s trail.

Halley’s Comet was last viewable from Earth in 1986 and won’t be visible again until the middle of 2061.

What is a meteor?

A meteor is a space rock that falls into the Earth’s atmosphere and as it falls it heats up.

The rock gets so hot that a visible glow is created around it. This is actually its heat.

So, what we see isn’t actually the falling rock. It’s the glowing heat around it, racing across the sky.

As they speed across the sky, all the heat tails meet up and point to the same space in the sky.

The meteors we see have little to no chance of hitting the Earth.