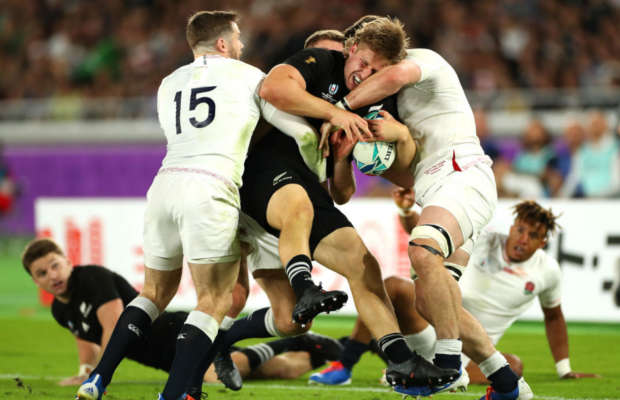 England have beaten New Zealand in the first semi-final of the Rugby World Cup.

England outclassed the All Blacks from the first whistle and ran out comfortable winners 19-7.

England now head into the final of the tournament, where they will meet South Africa. New Zealand will play Wales in the play-off for 3rd and 4th.

New Zealand – the current champions and favourites to win the game -had not been beaten in a World Cup game since 2007.

England started the match strongly, with Manu Tuilagi scoring a try within the first two minutes! The continued to dominate most of the first half and led 10-0 at half time.

England continued their dominance in the second half and had two tries ruled out. The only points for the All Blacks came from Ardie Savea try, following an England error.

While New Zealand kept trying to battle through England’s defence, it was too little too late.

NZ was terrible and England was breaking almost every rule.