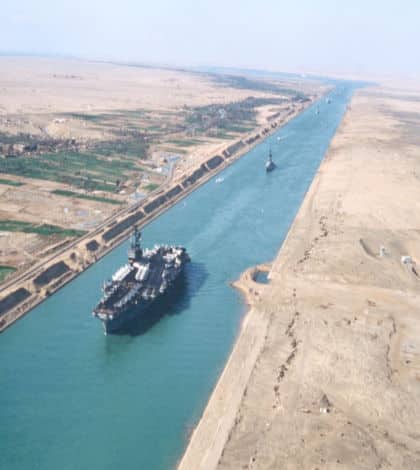 The Suez Canal has broken its own record for the number of cargo going through the canal in a single day.

Last Friday, 68 ships crossed with a total load of 4.8 million tons. This is the most ever to pass through the canal in a single day since it opened in 1869.

The Suez Canal is an waterway in Egypt which connects the Mediterranean Sea and the Red Sea.

It was opened in November 1869 after 10 years of construction work, it means that people can boat between Europe and Asia without navigating around Africa.

The Suez Canal is one of Egypt’s main sources of foreign currency and in 2012 it earned Egypt  $438.1 million.