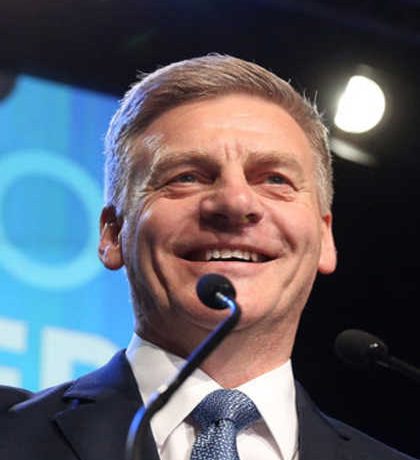 Bill English has resigned as leader of the National Party.
Mr English accompanied by his wife Mary and family said now was the right time to step aside. He said he had informed his party on Tuesday morning.
He said the party would now go through its process of choosing a new leader which was likely to take a couple of weeks.
“My resignation will take effect on Tuesday 27 and I intend to deliver a valedictory speech on Thursday 1 March,” he said.
He said he believed this would give the National Party time to pick a new leader and the best possible opportunity in the next election.
Mr English said he was proud of his political career particularly his work in health, rebuilding the economy after the global financial crisis and helping to rebuild Christchurch.
Mr English entered parliament in 1990 as the MP for the Wallace (now Clutha-Southland) district.
He served as a health minister, treasurer and finance minister before being appointed the party leader in 2001. After National’s election defeat in 2002 he was replaced as party leader by Don Brash the following year.
Following National’s victory in 2008 he was appointed as finance and deputy Prime Minister, and took over the leadership from John Key when he stood down in December 2016. 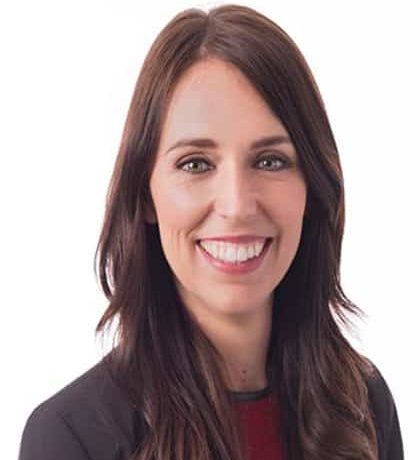 Prime Minister Jacinda Ardern is set to feature in Vogue magazine, following in the footsteps of former US First Lady Michelle Obama and Canadian Prime Minister Justin Trudeau.
An interview has already been done, a spokesperson for Ms Ardern said, and a photoshoot featuring all Kiwi designers will take place this weekend.
Ms Ardern will appear in the American edition of what’s been described as “fashion’s bible”, but not on the cover.
The magazine has never featured a female politician on its cover, although Ms Obama and Hillary Clinton both appeared as First Lady.
Ms Ardern gained worldwide attention during her election campaign, which saw Labour climb in the polls to win 36.9 percent of the vote come September 23.
Now, it seems, the international interest in the 37-year-old continues. 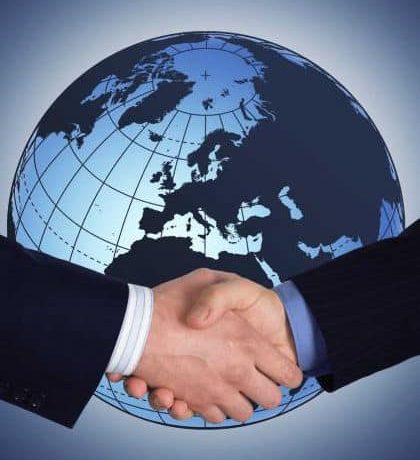 Members of the Trans-Pacific Partnership have agreed a new framework to revive the proposed trade deal, following US withdrawal earlier this year.

Meeting on the sidelines the Apec summit in Vietnam, the remaining eleven nations released a joint statement saying they were committed to free and open trade.

What is the Trans-Pacific Partnership? 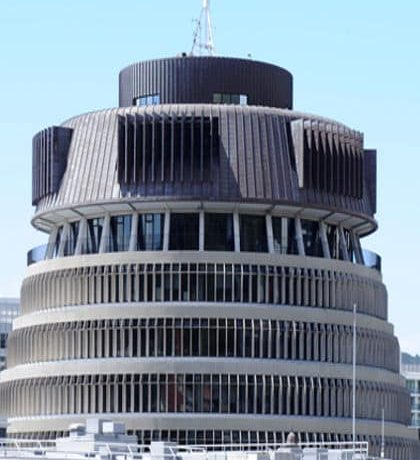 New Zealand’s 52nd Parliament was sworn in today at a special ceremony at the Beehive.
Prime Minister Jacinda Ardern was among 120 MPs being sworn in at Parliament as opening formalities began today.
As part of what’s called the Commission Opening, Labour MP Trevor Mallard was elected as Speaker of the House.
Tomorrow the State Opening will take place, when Governor-General Dame Patsy Reddy will read the speech from the throne outlining the government’s legislative programme.
After maiden speeches from MP’s new to Parliament, one of the first orders of business tomorrow will be the introduction of a bill extending paid parental leave. 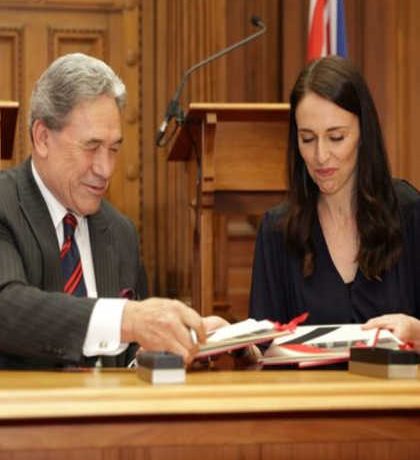 Labour  signed a separate confidence and supply agreement with the Green party.
The Prime Minister-elect will announce the full line-up of ministers and their portfolios on Wednesday, and the new Government will be sworn in on Thursday.

New Zealand First has announced that it will form a coalition government with the New Zealand Labour party.
This means that Jacinda Ardern is the next Prime Minister of New Zealand.
Ardern will claim the top job after only two and a-half months as Labour leader.
The decision will be a shock to National. Currently, they hold two more seats than the Labour-Green partnership.
Ardern will be New Zealand’s third woman Prime Minister, after Jenny Shipley and Helen Clark. She will become the second youngest ever Prime Minister, after Edward Stafford who was also aged 37 when he took office 161 years ago.
After the September 23 election, Labour’s 36.9 per cent and the Greens’ 6.3 per cent gave them 54 seats between them, not enough for a majority without New Zealand First.
The three parties have 63 seats.
National polled 44.4 per cent and holds 56 seats, not enough for an outright majority.

MP's to get huge payrise Maori Party out of Parliament

After 12 years representing Māori in Parliament, the Maori Party is out of Parliament following the latest election.
Te Ururoa Flavell has been the voice of the Māori electorate of Waiariki, since 2005. He lost his seat to Tamiti Coffey.
Overall the Māori Party gained just 1.1 percent of the party vote, and all seven of the party’s Māori electorate candidates were beaten by Labour.
Mr Favell has achieved a lot in his time in Parliament. He has increased New Zealand’s understanding and recognition of the New Zealand wars, pardoned Rua Kenana and signed Aotearoa up to the United Nation’s Declaration of the Rights of Indigenous Peoples.
Marama Fox, the leader of the party, said that “We’ll be back, because this is not a political movement, this is a Māori movement,” 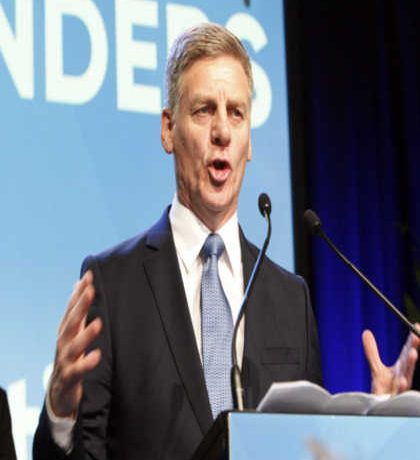 The New Zealand National Party has won Saturday’s parliamentary elections, however, they have fallen just short of being able to form a government.
With all the votes counted, Prime Minister Bill English’s party secured 58 seats in the 121-strong chamber.
The opposition Labour Party led by Jacinda Ardern took 45 seats.
With parliament hung, the two main political rivals will look to Winston Peters and the New Zealand First party (nine seats), which is now in a position to play kingmaker.
The centre-right prime minister made the first move, saying he would open talks with NZ First “in the next few days”.
Without NZ First, the National Party is unable to form a government as its only ally, ACT New Zealand, secured just one seat.
Ms Arden’s party can rely on backing from the Green Party (seven seats) – still not enough to govern in a coalition. World leaders from all over the world have come together in New York to attend the United Nations General Assembly.

It is a meeting held every year to discuss many of the world’s problems … and to try to find solutions to them.

The United Nations (U.N.) General Assembly is held every year towards the end of September.

It is the U.N.’s biggest annual meeting. The Assembly takes place at the U.N.’s headquarters in New York City and lasts for about 2 weeks.

This year’s general debate was highlighted by a very strong speech from Donald Trump, the President of the United States. In his speech he Mocked the leader of North Korea, calling him a ‘rocket man’ and saying that the US would “totally destroy” the country if forced to defend itself or its allies.

North Korea has tested nuclear bombs and missiles in defiance of the UN.

Today the U.N. has 193 member countries. All are invited to attend the General Assembly.