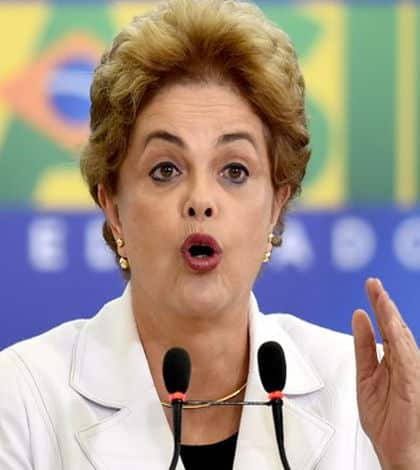 Senators voted to suspend her by 55 votes to 22 after an all-night session that lasted more than 20 hours.

Ms Rousseff is accused of illegally manipulating finances to hide a growing public deficit ahead of her re-election in 2014, which she denies.

Addressing the nation from the presidential palace, Ms Rousseff vowed to fight the “injustice” by all legal means.

The trial may last up to 180 days, which would mean Ms Rousseff would be suspended during the Olympic Games in Rio de Janeiro, which start on 5 August.

Ms Rousseff made a last-ditch appeal to the Supreme Court to stop proceedings, but the move was rejected. Her suspension brings an end to 13 years of the rule of her Workers’ Party.

why did she try to ditch a court trial!
if i was a president at all i would do what i promise before i get ellected for presidency

I personally don’t think that she was a good president and she deserved what she got.

Wow i cant believe she did that.