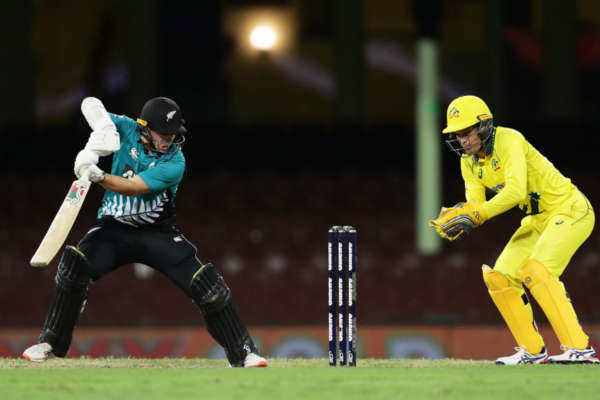 The Black Caps have been beaten by Australia in the first One Day International in Sydney.

The match was played at an empty Sydney Cricket Ground after Cricket Australia confirmed fans would not be admitted for all three matches in the series because of the coronavirus.

After the game, it was announced that the series was cancelled and the New Zealand team will return home.

Earlier in the day, Australia had batted well on a slow pitch, scoring 258. Openers David Warner and captain Aaron Finch put on 124. However, when they both left the Black Caps pulled back the run rate and got into the game.

Needing 259 to win on a slow pitch New Zealand was never really in the contest. They prodded to 96 for 5 at the halfway point of the chase before an attacking sixth-wicket partnership between Tom Latham and Colin de Grandhomme briefly provided hope.

But the loss of Latham for 38 off 40 immediately after the second drinks break, ending the partnership at 51 from just 45 balls, put Australia back in the box seat.