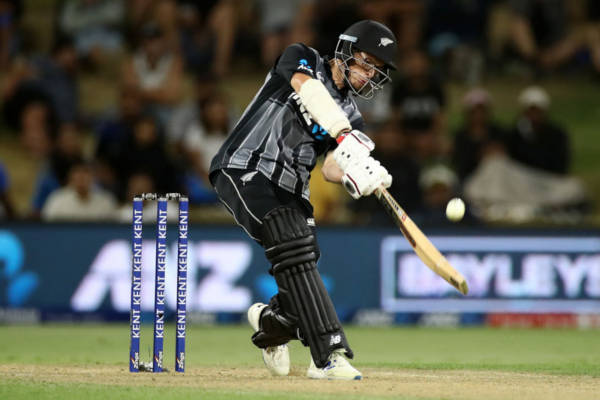 The Black Caps have beaten India in the first One Day International by 4 wickets and 2 overs to spare.

The result snaps an 8 game losing streak for the Black Caps – across all formats.

Ross Taylor was the star. The Kiwi batsman scored his 21st One Day International century as he guided the team to the 348 they needed to win. Stand-in captain Tom Latham combined with Taylor in a 138-run stand.

The victory was not without a scare. New Zealand lost three quick wickets as they approached the target, but Mitchell Santner held his nerve, finishing on 12 not out.

Earlier in the day, India’s massive total was built on Shreyas Iyer’s maiden one-day international century. Dropped on 8, 11 and 83, he went on to score 103 and shared in century stands with both Virat Kohli (51) and KL Rahul (88 not out).