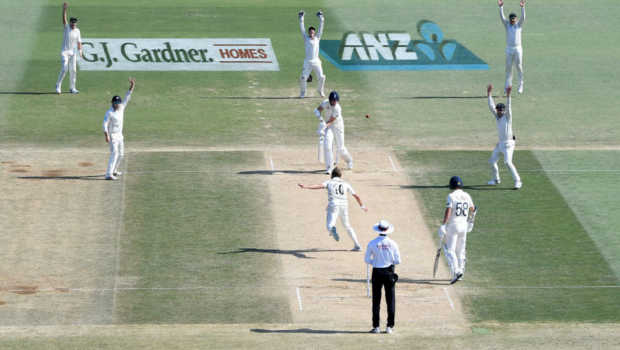 The Black Caps have beaten England by an innings and 65 runs in the first test at the Bay Oval.

New Zealand dominated the game from the start but were made to work hard on the final day.

Pace bowler Neil Wagner took a superb 5-44 and Mitchell Santner 3-53 in the final inning as the Black Caps secured a 1-0 series lead.

Earlier in the game, the Black Caps had dominated the 1st innings with BJ Watling scoring 205 and Mitchell Santner 126. This ensured New Zealand scored 615, setting up the win.

The next game is in Hamilton starting on Friday.

noooooo, england 🙁 i wanted u guys to win…..